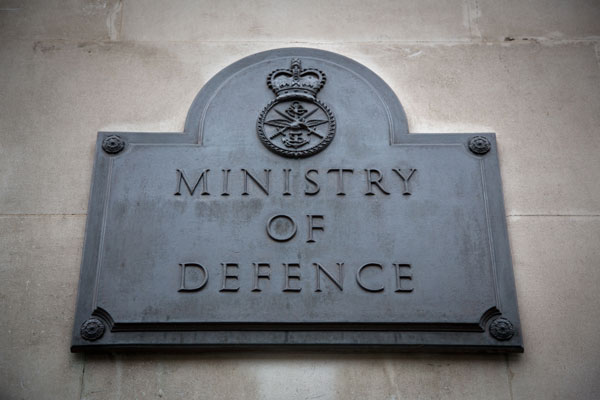 As per the figures, the US remains the world's largest military spendere registering a growth of 1.7 per cent between 2015 and 2016 to $611 billion.

Four others in the top 15 spenders include China, Japan, South Korea, Australia.

China is second on the list spending $215 billion, an increase of 5.4 per cent.

However, the growth rate was "much lower" than in the previous years, the SIPRI report said.

Russia increased its spending by 5.9 per cent to $69.2 billion, making it the third largest spender.

Saudi Arabia, the third largest spender in 2015, dropped to the fourth position in 2016 with its spending dropping by 30 per cent in 2016 to $63.7 billion, despite its continued involvement in regional wars.

Pakistan does not figure in the top 15 spenders, and spent $9.93 billion.

"The growth in US military expenditure in 2016 may signal the end of a trend of decreases in spending, which resulted from the economic crisis and the withdrawal of US troops from Afghanistan and Iraq," the report said, adding however that US' 2016 figures remained 20 per cent lower than its peak in 2010.

"Despite continuing legal restraints on the overall US budget, increases in military spending were agreed upon by Congress," said Aude Fleurant, Director of the SIPRI Arms and Military Expenditure (AMEX) programme.

"Future spending patterns remain uncertain due to the changing political situation in the US."

Military expenditure in Western Europe rose for the second consecutive year and was up by 2.6 per cent, while falling oil revenue and associated economic problems attached to the oil-price shock has forced many oil-exporting countries to reduce military spending.

Last year's global military spending accounted for 2.2 per cent of the worldwide GDP.

However, data for all Middle Eastern countries was not available.

For countries where data is available, substantial increases were seen in Iran and Kuwait, while sizable decreases were noted in Iraq and Saudi Arabia, SIPRI said.A

In Asia and Oceania, military expenditure rose by 4.6 per cent in 2016. Spending levels are related to the many tensions in the region such as over territorial rights in the South China Sea.