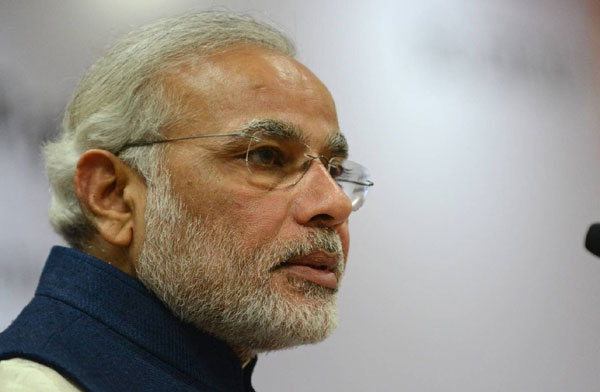 Ahmedabad: Prime Minister Narendra Modi and Congress leader Rahul Gandhi sparred in battleground Gujarat today where the former claimed leaders of the opposition party held a secret meeting with current and former Pakistani officials a day ahead of Mani Shankar Aiyar's "neech" jibe against him.

Modi claimed there was an attempt by Pakistan to interfere in the Gujarat polls.

Alleged Muslim appeasement and the Gujarat riots were also back on the table even as BJP chief Amit Shah raked up the issue of funding of Congress-backed Dalit candidate Jignesh Mewani by hardline Muslim outfit PFI.

Rahul Gandhi, set to assume the reins of the Congress in a few days from now, amid the acrimony-filled campaign, attacked Modi but promised he would not use even one "galat shabd" (wrong word) against the prime minister, remarks that came in the wake of Aiyar's "neech" barb that may not have gone down well with a section of Gujarati voters.

The meeting at Aiyar's house continued for almost three hours, Modi said, adding "the next day, Mani Shankar Aiyar said Modi is "neech" (a vile man). This is a serious matter."

"(On one hand) Pakistan Army's former DG is interfering in Gujarat's election, on the other, Pakistani people are holding a meeting at Mani Shankar Aiyar's house. After that meeting, people of Gujarat, backward communities, poor people and Modi were insulted. Don't you think such events raise doubts?" Modi said.

"Holding the country's topmost post, Modiji is making baseless allegations. Modiji is worried, dejected, angry. Such a statement has no truth or fact, and is based on lies. Such a behaviour is unbecoming of a prime minister," Surjewala told reporters in Ahmedabad.

The prime minister, who did not speak much due to sore throat at the Palanpur rally, slammed the Congress for spreading a "false propaganda" that the Modi government worked only for the rich.

Modi cited the case of Genabhai Patel, a progressive farmer from Banaskantha district who was recently conferred with 'Padma Shri', to claim his government's pro-poor credentials.

On its part, Pakistan has taken exception to Prime Minister Narendra Modi’s allegations that Pakistan was trying to influence the outcome of the assembly elections in Gujarat, saying it was “utterly baseless and irresponsible".

Pakistan’s ministry of foreign affairs spokesperson Mohammad Faisal tweeted on Sunday “India should stop dragging Pakistan into its electoral debate and win victories on own strength rather than fabricated conspiracies, which are utterly baseless and irresponsible” .

Gandhi, who began his second day of campaigning for the second phase of poll scheduled for December 14 after offering prayers at Lord Krishna's Ranchhod Raiji Mandir here, claimed Modi frequently changed the election planks and now he was left with nothing to speak about but himself and the Congress.

"You claim you have finished the Congress. If it were so, why would you devote half your speech to Congress and half to yourself?" he asked the prime minister.

"I have respect for the post of the prime minister. He can say whatever he wants to, I will not use a single (galat shabd) wrong word against him," Gandhi told an election rally in Kalol.

Gandhi, who is all set to become Congress president in a few days from now, said "truth has cornered" the prime minister and that the Congress will "defeat the BJP, not by anger, but with love".

He accused the prime minister of making "false promises" to people about employment, depositing Rs 15 lakh in the accounts of each person from black money brought back from abroad, and remunerative prices for farm produce.

Gandhi alleged the Modi government gave benefits to the tune of Rs 33,000 crore to the Tatas for the Nano car project.

"Over six-and-a-half lakh acres were acquired by the government and thousands of acres given to the Tatas. People did not get water from Narmada, but the Tatas got," he said.

Earlier, addressing a rally at Dakor, the Congress leader attacked Modi over demonetisation and GST, saying the note ban helped all "thieves" convert their "black money into white" and the "Gabbar Singh Tax" destroyed small businesses and rendered one lakh people jobless.

The issue of 2002 communal riots and Muslim appeasement was back in the electoral discourse, with BJP chief Amit Shah claiming Charan Singh, a Congress spokesman, had asked the prime minister on television to visit the Jama Masjid to seek forgiveness for the 2002 Gujarat riots.

"The entire country knows that allegations by Congress-backed NGOs against Modi regarding the 2002 riots were rejected by the Supreme Court. But this Congress leader in 2017, for the sake of vote bank politics, is asking Modi to go to the Jama Masjid to apologise for the 2002 riots," Shah told reporters in Ahmedabad.

Speaking about Dalit leader Jignesh Mevani, Shah alleged he accepted donations from an outfit linked to the PFI (Popular Front of India).

"Mevani's photographs accepting funds from a PFI-linked outfit went viral (on social media). The entire country knows about the anti-national activities of PFI," he said, claiming the organisation was trying to recruit people for terror group ISIS.

"The Congress first indulged in caste politics. Now, 2-3 days prior to the first phase of voting, when they could see their defeat, the Congress has gone back to politics of minority appeasement," Shah said.