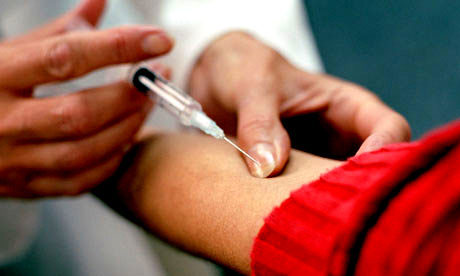 New Delhi: In a fresh case of negligence by private hospitals, the Delhi Medical Council (DMC) has directed the Directorate General of Health Services (DGHS) to cancel the license of the city's Neutech Medical Centre where a young man from Uttrakhand was wrongly declared HIV positive.

According to the DMC, Salim Ahmad was referred by a tout to undergo a medical fitness test at the Neutech Medical Centre at Taimoor Nagar in south Delhi. The hospital reported him to be a case of HIV+.

Ahmad had applied for a job in Dubai and the test was part of his fitness requirement. But two subsequent tests in Gurugram and Uttrakhand reported him to be HIV- and perfectly fit.

The Executive Committee of the DMC examined a complaint from Ahmad, forwarded by the Medical Council of India, alleging negligence in the preparation of HIV test report by the Medical Centre, said the letter, a copy of which is with IANS.

The letter says that despite repeated notices sent to the Superintendent of the Neutech Medical Centre, it failed to submit a written statement and medical records pertaining to the treatment, tests and investigation of Ahmad.

"This recalcitrant attitude of the medical centre is highly deplorable and reflects poorly on the management... Pprima facie it appears that the complainant has been victim of incompetence of the Neutech Medical centre as he has been wrongfully reported to be having HIV positive and declared unfit vide their report Feb 1, 2017 and made to suffer because of that," said the letter to the DGHS.

The DGHS was urged to "take stringent action including closure of the Neutech Medical Centre as it is apprehended that such a centre may not be equipped or have proper qualified doctors to run lab tests", the letter added.