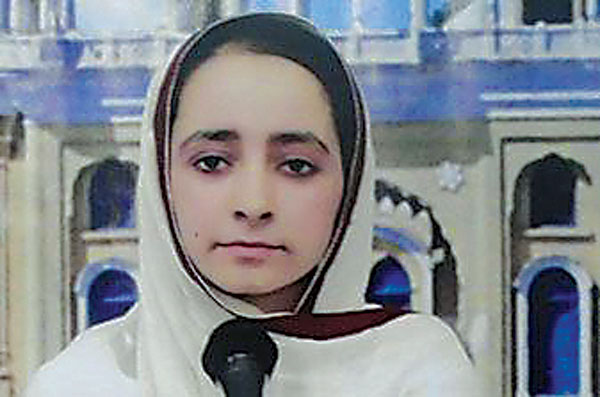 New Delhi, Feb 28: DU student Gurmehar Kaur today withdrew from her social media campaign against the ABVP after allegedly receiving threats from the members of the RSS-backed outfit and being trolled by the ruling BJP leaders.

"I'm withdrawing from the campaign. Congratulations everyone. I request to be left alone. I said what I had to say... One thing is for sure, next time we will think twice before resorting to violence or threats and that's all this was about," she tweeted.

Kaur said she has been through a lot, and "this is all my 20 year self could take".

In a series of tweets, she said, "The campaign is about students and not about me. Please go to the march in huge numbers. Best of luck... To anyone questioning my courage and bravery.. I've shown more than enough."

The Lady Sri Ram college backed Kaur saying that she has the right to express her opinion.

"We support our student as duty of institutions is to nurture students without fear. Gurmehar has right to express her opinion and she responded sensitively, bravely. She has fulfilled her duty as a young citizen," the college said in a statement.

The 20-year-old girl had started the campaign 'I am not afraid of ABVP', following the violence at Ramjas college. The campaign went viral and received a massive support from students of various universities.

She had yesterday met Delhi Commission for Women chief Swati Maliwal and said that she has been receiving "rape threats" on social media, allegedly by ABVP members.

Maliwal, who termed the threats as "shameful", has also written to Police Commissioner Amulya Patnaik demanding that an FIR be registered against the "abusers" and security be provided to the woman and her family. Currently, DCW Home Guards are providing protection to Kaur.