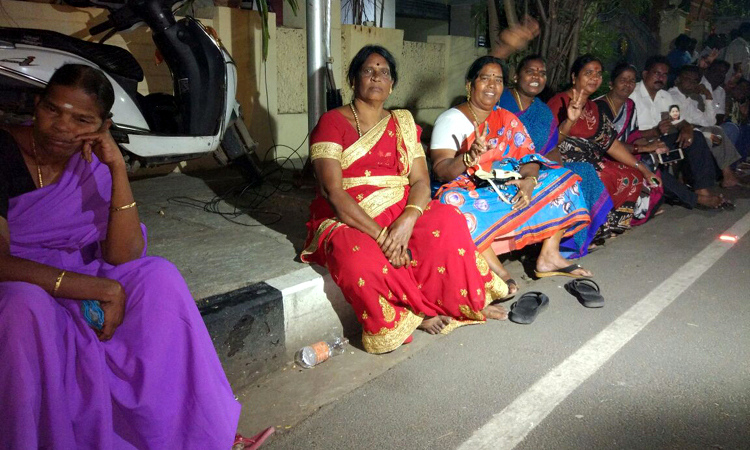 After the demise of former chief minister J Jayalalithaa, her trusted aide O Panneerselvam took oath as the Tamil Nadu Chief Minister in the wee hours of December 5, 2016.

According to sources, three top bureaucrats, including advisor to the Tamil Nadu government Sheila Balakrishnan, a Jayalalithaa loyalist, had been asked to resign on Friday night.

There is a crucial meeting on February 5 with the MLAs to decide on who would lead the state.
However, the sources did not commit on the agenda of the meeting and declined to confirm reports that the MLAs would urge Sasikala, the AIADMK General Secretary, to take over as Chief Minister.

"It is is all your imagination and guess work," a senior leader said when asked about reports of Sasikala taking over from Panneerselvam.

Among others, Lok Sabha Deputy Speaker M Thambidurai has backed Sasikala for the chief minister's post.

On Friday, Sasikala had appointed senior leaders, including some former Ministers and a former Mayor, to key party posts. Former ministers KA Sengottaiyan, S Gokula Indira and BV Ramana, besides ex-Mayor Saidai S Duraisamy were made the AIADMK's Organisation Secretaries.

The appointments also included that of Fisheries Minister D Jayakumar to a key party post.

He will, however, continue as the party's Tiruvallore (East) District Secretary, Sasikala had said in a statement.

In January, Thambidurai had said that the leadership in both the party and governance should be with the same person, while urging Sasikala to take over as the chief minister.

He had cited the political tussle in Samajwadi Party in Uttar Pradesh to drive home his point that the control of government and party should vest with the same person.

Sasikala was appointed as General Secretary by AIADMK's top decision-making body General Council on December 29. She took charge of the post on December 31, pledging to take forward the legacy of Jayalalithaa.

A resolution to this effect was passed at a meeting of Tirunelveli Urban Jaya Peravai (Forum), led by state AIADMK secretary and Revenue Minister RB Udhayakumar on December 17.

The other ministers who participated in the meeting were VM Rajalakshmi, Sevoor Ramachandran and Kadambur Raju.

Sasikala, 62, had been a close aide of Jayalalithaa for three decades and was always seen as a power centre in AIADMK.