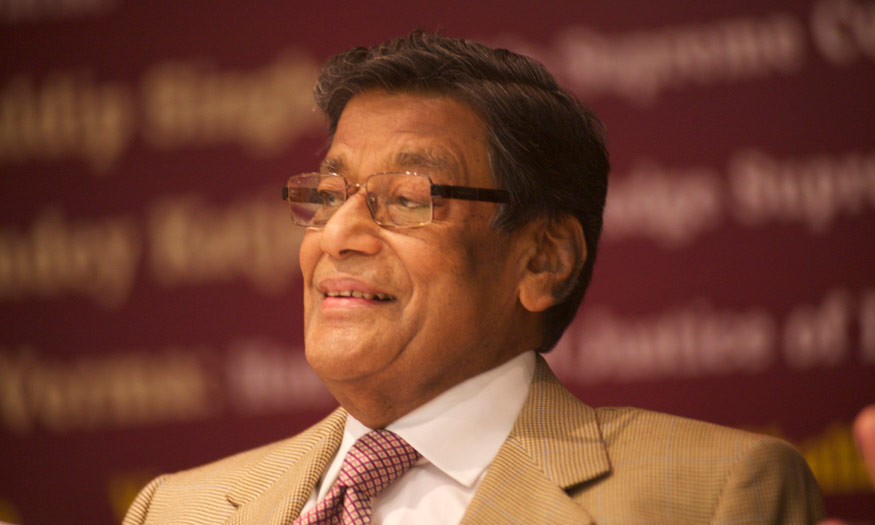 Venugopal, 86, was appointed the top law officer after Rohatgi stepped down ending his three-year term on June 11. He was greeted by Rohatgi, Solicitor General Ranjit Kumar and additional solicitor generals.

A noted constitutional expert, Venugopal is the recipient of Padma Vibhushan and Padma Bhushan. He has become a law officer for the second time after being an Additional Solicitor General during the Morarji Desai government in the seventies.

He has been associated with several government instrumentalities and has been representing top political leaders. Lately, he has been appearing for the CBI and the Enforcement Directorate before the Supreme Court in the 2G spectrum allocation scam.

Venugopal had also represented the Madhya Pradesh government during the hearing of National Judicial Appointments Commission Act in which he supported the validity of the central law to do away with the collegium system of appointment of judges for the higher judiciary.

His association with the BJP regime goes back to the Ayodhya movement when he had appeared for the then Kalyan Singh government in Uttar Pradesh by assuring the Supreme Court that the disputed medieval structure would be protected.

Later, when on December 6, 1992, the structure was brought down by kar sevaks, he had appeared before a bench of then Chief Justice M N Venkatachaliah at his residence.

Venugopal recently appeared for senior BJP leader L K Advani and others before the apex court, which restored the charge of criminal conspiracy against them and ordered the completion of the trial in the Babri Masjid demolition case, in two years.

He has also appeared for P J Thomas when his appointment as the Chief Vigilance Commissioner by the erstwhile UPA government was challenged in the apex court, which had set aside the government's decision.

Down south, Venugopal appeared for Dandi Swamy Sri Vidyanada Bhartiji and J Jayalalithaa, then chief minister of Tamil Nadu, in the Sethusamudram case in 2008, against the construction of the ambitious shipping canal project of the previous UPA government.