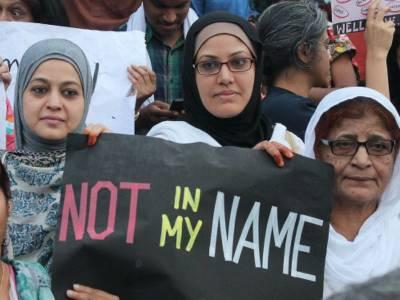 Bachu Marak, the district president of the BJP in North Garo Hills, alleged that BJP leaders were "attempting to impose its non-secular ideology on the indigenous people in Meghalaya".

Bachu Marak's resignation came after Bernard Marak's, who as the district president of the BJP in West Garo Hills, had accused that the leaders of the party were "not respecting the tradition and culture of the indigenous people".

"As a responsible leader, I cannot mislead the people and allow them (BJP) to impose the non-secular ideology on us. They cannot impose the beef ban in our state," Marak told IANS over phone.

"Beef is one of our traditional diet and no government can restrict people's food habit. The moment they impose such restriction the ruling party would surely lose people's confidence," he said.

"He (Bachu Marak) is making such statement to mislead the people. The party has no intention to impose any anti-constitutional measures to the people. The objective of (Prime Minister Narendra) Modi government is to ensure all round development across India," Lyngdoh told IANS.

Last week, some BJP leaders in the state had threatened to quit the party if the central government refused to repeal the new cattle trade and slaughter rules.

"Most party leaders in Meghalaya are not happy with the new rules which are directly affecting the socio-economic status of the people," BJP Vice President John Antonius Lyngdoh said.