In future, only Aadhaar may be required for identification: FM 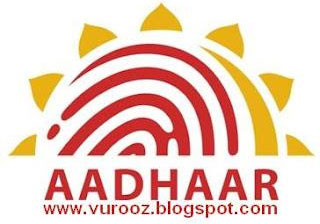 Jaitley was replying to a debate on the Finance Bill and the accompanying 40 amendments to different laws including one making Aadhaar mandatory for filing of income tax return from July as well as for applying for permanent account number.

The unique identification number Aadhaar may become the single identify card in future, he said.

"A stage may come when unique identity card (aadhaar) may become the sole card. There are many countries where such a situation exists. There is a social security number in America and in India it (Aadhaar) could be the counterpart," he said.

He said as many as 98 per cent of adults or 108 crore people have Aadhaar number. For filing I-T returns, they can either give the number or mention that they have applied for Aadhaar.

"...but the government won't allow them to evade tax," he said.

Jaitley said more people were required to be brought into the tax system and that is why the tax slab has been lowered this year.

As parties like BJD opposed the move to make Aadhaar mandatory for filing of Income Tax returns and making PAN application, Jaitley said, "Aadhaar has biometric details, so its chances of misuse become minimal. When the country has so much technology, and when it is being put to use, then why create such a hue and cry about it? It is an anti-evasion measure which will benefit the country. So the government considers it right to implement it," he said.

When Mohammed Salim (CPIM) remarked that if Aadhaar was so useful then why doesn't the government make it an purpose card, Jaitley said "A stage may come when unique identity card (aadhaar) may become the sole card".