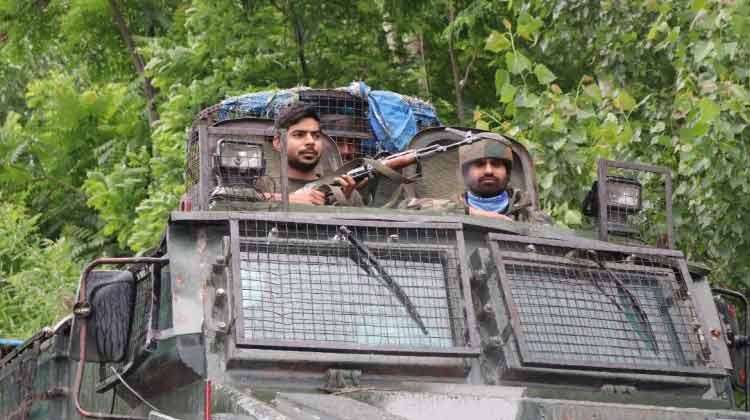 Jammu: In a barbaric attack, two security personnel were killed and their bodies mutilated by a Pakistan army team which sneaked about 250 metres into Indian territory along the Line of Control (LoC) in Poonch district of Jammu and Kashmir.

Border action teams (BATs) crossed into the Indian side as Pakistan army launched heavy rocket and mortar firing on two forward posts in the Krishna Ghati sector in Poonch.

The simultaneous, unprovoked attacks took place this morning, in which an army JCO and a BSF head constable were killed and another soldier was injured, a defence spokesman said.

The Indian Army said that such "despicable" acts of Pakistans army would be "appropriately responded" to.

"It was a pre-planed operation of Pakistan army. They had pushed in BATs over 250 metres deep inside Indian territory and set up ambushes for a long period to carry out the attack," a senior army officer said.

Pakistans Army carried out unprovoked rocket and mortar firing on two forward posts on the Line of Control in Krishna Ghati Sector (in Poonch district) this morning, a spokesman of the Indian Armys Northern Command said in statement here.

Simultaneously, a BAT operation was launched on a patrol operating between the two posts, it said.

"In a unsoldierly act by the Pak Army the bodies of two of our soldiers in the patrol were mutilated," the spokesman said.

"They have been beheaded," the senior army officer said.

The deceased have been identified as Head Constable Prem Sagar of 200th Battalion of the BSF and Naib Subedar Paramjeet Singh of 22 Sikh Regiment of the army.

Constable Rajinder Singh of the BSF battalion suffered injuries in the attack.

In April this year, there have been seven ceasefire violations by Pakistan along the LoC in Poonch and Rajouri sectors of Jammu and Kashmir.

On April 19, Pakistani troops violated the ceasefire along the LoC in Poonch sector.

On April 17, Pakistani troops violated the ceasefire by firing and shelling mortars on forward posts in Noushera sector along the LoC in Rajouri district.

They had broken the ceasefire in the same sector on April 8, in Poonch district on April 5, in Bhimbher Gali (BG) sector on April 4 and twice on April 3 in Balakote and (Digwar) Poonch sectors.

In Digwar sector of Poonch, a Junior Commissioned Officer (JCO), Naib Subedar S Sanayaima Som, was killed in an improvise explosive device (IED) blast along the LoC in Poonch sector on April 1.

There were four violations of the ceasefire along the LoC in Poonch in March.