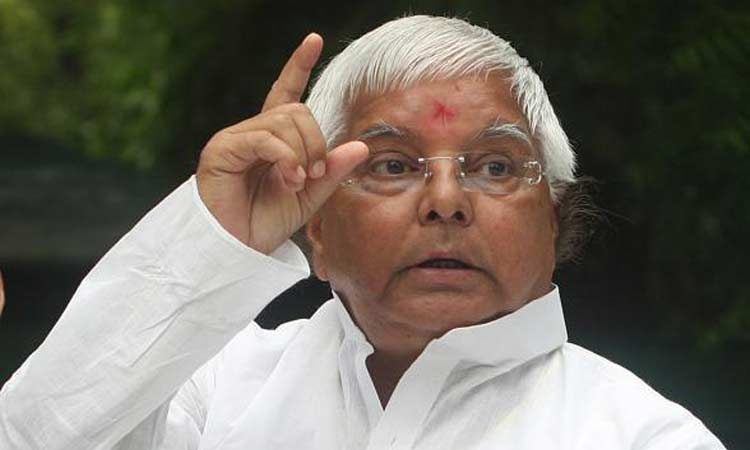 New Delhi: The Income Tax department Tuesday conducted raids and surveys on at least 22 locations in Delhi and adjoining areas on charges of alleged benami deals worth Rs 1,000 crore linked to RJD chief Lalu Prasad and others.

Officials said the department began raiding the premises of some prominent businessmen and real estate agents in Delhi, Gurgaon, Rewari and few others since early morning.

The searches are also being conducted at the premises of the son of RJD MP P C Gupta and few other businessmen.

While raids are being conducted at a dozen locations, ten other official premises are being surveyed by the I-T department, they said.

"People and businessmen connected to the land deal involving Lalu Prasad and his family are being searched.

There are allegations of benami deals worth about Rs 1,000 crore and subsequent tax evasion," a senior official said.

A team of about 100 tax department officials and police personnel are conducting the raids, they said.

The BJP had last week accused Prasad, his MP-daughter Misa Bharti and his two sons, both Bihar government ministers, of being involved in corrupt land deals worth over Rs 1,000 crore, and asked the central government to probe one such transaction in Delhi.

Union minister Ravi Shankar Prasad had alleged that these transactions were a case of quid pro quo as they date back to the period when Lalu Prasad was the railway minister, and dared Bihar Chief Minister Nitish Kumar to take action against him.

Lalu s RJD is a constituent of Bihar s ruling coalition led by Kumar.His sons Tejashwi Yadav and Tej Pratap Yadav are ministers in the government.

Lalu s official residence was the address of the owners of the firms allegedly floated by his family members, Ravi Shankar Prasad had said.

Several suspect land deals took place in Bihar, he said, wondering if Kumar would invoke a special law enacted by his government in which assets acquired through illicit money are confiscated in this instance.

Land worth crores of rupees was grabbed for a pittance, he had said.

One such land deal involving Lalu Prasad and his family members is in Bijwasan in Delhi, he said.

All the companies owned by Lalu Prasad s family members for the purpose of these land transactions had no employees, no business activities and no turnover, Ravi Shankar Prasad had claimed.

Bihar's biggest shopping mall spread over 7.5 lakh square feet is coming up in Patna as part of such dubious transactions, he had alleged at a news conference held here.