Supreme Court asks how triple talaq is integral to Islam 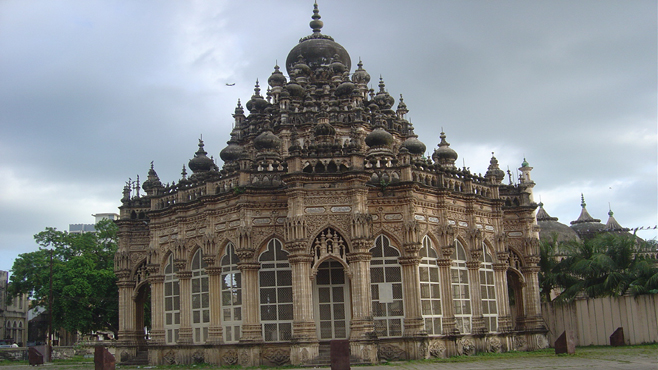 New Delhi: The Supreme Court on Wednesday asked how triple talaq was integral to Islam.

CJI JS Khehar who heads the five-judge Constitution bench asked the question after the court heard one of the lawyers arguing how the practice was intrinsic to Islam. "You recite namaz in mosque every Friday. In that prayer, you say triple talaq is a sin and bad. How can you say it is integral part of Islam," the Chief Justice asked him.

The bench is hearing a batch of pleas challenging the validity of triple talaq, polygamy, and nikah halala practices among Muslims since 11 May. Today is the 5th day of the hearings.

The five judges, all of different faiths started daily hearings of the triple talaq case last week after the courts closed for summer vacations. They have a copy each of the English translation of Holy Quran with them for reference that they carry with them when they sit for the day-long hearing. The judges said they would determine if triple talaq, the practice of Muslim men getting instant divorce by saying "talaq" three times, was fundamental to religion. They had, however, indicated that they would not rule on polygamy among Muslims.

"Can anyone say that we allow human sacrifice just because it was practised earlier," Rohatgi argued before the country's five top judges hearing the triple talaq case. He was responding to Congress leader Kapil Sibal who represented All India Muslim Personal Law Board (AIMPLB), one of the strongest votary of continuing with the practice.

"Who are we to say that this is un-Islamic," asked Sibal, who had called triple talaq a matter of faith that had been practised for 1,400 years. In an attempt to link the practice to religion, he added that the source of triple talaq can be found in Hadith and it came into being after the time of Prophet Muhammad.

Rohatgi rejected the suggestions, saying that the court should adopt a hands-off approach because enacting a law would amount to the majority community forcing its views on the minority community. "It is not a majority versus mminority issue. It is a tussle between haves and have-nots within the system. It is intra-community struggle between men and women because men are more resourceful, earner and educated," he said, pleading with the top court to put a final end to the practice that the court too had called the ‘worst form’ of dissolution of marriage.

The Supreme Court must step in and remove triple talaq," Rohatgi said. He also went on to elaborate that old practices among Hindus such as Sati and untouchability had also been outlawed.

The apex court asked the AIMPLB on Wednesday whether a woman can be given an option of saying ‘NO’ to triple talaq at the time of execution of nikahnama (Islamic marriage contract). The Constitution bench also said if all Qazis could be asked to include this condition at the time of marriage.