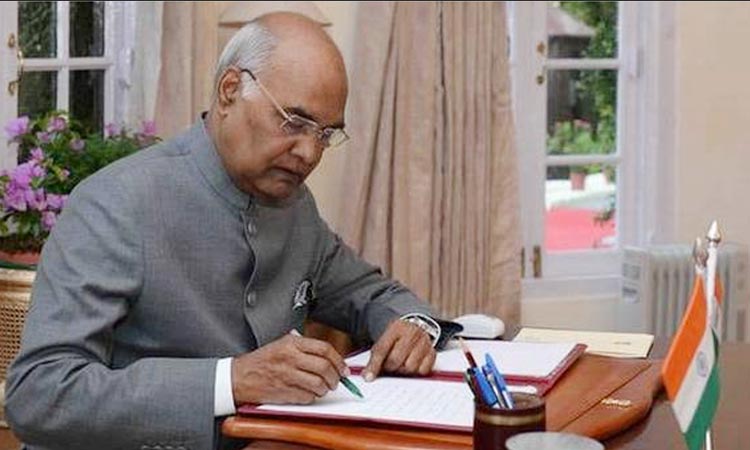 New Delhi: President Ram Nath Kovind expressed concern over the “unacceptably low” representation of women, Scheduled Castes and Scheduled Tribes and Other Backward Classes in the higher judiciary. He was inaugurating the National Law Day Conference jointly organized by the Law Commission and NITI Aayog. He also called for long-term measures to remedy the situation.

The President cited the fact that only 4,700 of the 17,000— roughly one in four — judges in all lower and High Courts and Supreme Court put together in India were women. "In addition, there is an unacceptably low representation of traditionally weaker sections such as OBCs, SCs and STs, especially in the higher judiciary", he added and " without in any manner compromising on quality, we need to take long-term measures to remedy this situation. Like our other public institutions, our judiciary too has to be judicious in being representative of the diversity of our country".

He also draw attention to the "relentless demand for transparency and scrutiny", and said, "Our legal fraternity needs to be mindful of these legitimate urges of the people – the ultimate masters in a democracy. All three organs of the state – the judiciary, the executive and the legislature – are obligated to be models of good conduct. They also need to be careful not to cross into each other’s finely-defined spaces, or give the opportunity to read transgressions even when none is intended."

Kovind hinted at the delay in getting verdicts and the cost of litigation. He said that there was a need to ensure speedy justice. “While we take pride in our courts and their independence, it is a paradox that the poor often shy away from a legal battle, worried about the duration and the cost,” he said. He suggested having a look at alternative dispute resolution mechanisms to bring down delays, and that lawyer fees needed to be brought down in order for India's reputation of having an expensive legal system to be changed.

He touched on the trend of “adjournments”. “As I have said earlier, perhaps the time has come to examine the issue of adjournments and whether they are to be limited just to absolute emergencies or continued to be allowed to be used for tactical delays by one party or the other,” he said.

"This is the age of instant communication and technology. We must use these tools to speed up the justice delivery process. Expectations of our people are justifiably high. And only the judiciary has the capacity to fulfil them. Alternate dispute resolution mechanisms have to be looked at very seriously, including in their ability to prevent matters from coming into the courtroom at all."