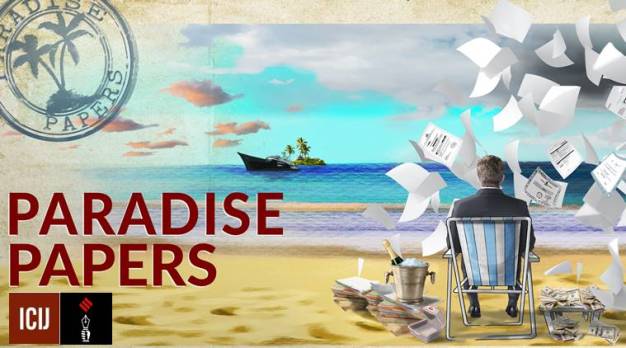 New Delhi: India ranks 19th among 180 countries whose citizens and companies sheltered their wealth in secretive tax havens abroad, according to a fresh global investigation whose first lot of revelations were published on Monday.

"In all, there are 714 Indians in the tally," said the Indian Express in a front-page banner story done as part of a world-wide probe carried out by the International Consortium of Investigative Journalists (ICIJ).

"Interestingly, it is an Indian company, Sun Group, founded by Nand Lal Khemka, that figures as Appleby's second largest client internationally, with as many as 118 different offshore entities," the Express added.

The revelations form part of the largest ever leak of financial data involving two companies, Bermuda's Appleby and Singapore's Asiaciti, which helped the global rich and powerful, including from India, to move their money abroad.

The Express said that among Appleby's Indian clients were several prominent corporates and companies which subsequently came under the scrutiny of investigating agencies like the Central Bureau of Investigation (CBI) and the Enforcement Directorate (EF).

These include firms in the Sun-TV-Aircel-Maxis case; Essar-Loop 2G case; SNS-Lavalin in which Kerala Chief Minister Pinarayi Vijayan was named and then cleared; the Rajasthan ambulance scam which has recently been routed to the CBI and which names a company called Ziquista Healthcare (Sachin Pilot and Karti Chidambaram were early honorary/independent directors of the firms respectively); and fresh financial links in a CBI case against YSR Congress chief Y.S. Jagan Mohan Reddy, the Express said.

Minister of State for Civil Aviation Jayant Sinha's name figures in the record because of his past association with Omidyar Network, so does the name of R.K. Sinha, BJP Rajya Sabha member of Parliament, in Malta offshore companies' list. Sinha and others had denied any wrongdoing in response to Express queries. Sinha also sent tweets on Monday saying full disclosure had been made to the authorities.

"Besides corporates, the data revealed details of individuals as well; Amitabh Bachchan's shareholding in a Bermuda company acquired before the 2004 Liberalised Remittance Scheme kicked in; corporate lobbyist Niira Radia and film star Sanjay Dutt's wife who figures under her former name Dilnashin," the daily said.

According to the Express, this cache of 13.4 million documents named "Paradise Papers" tumbled out 18 months after Panama Papers: both sets of data were obtained by the German newspaper Suddeutsche Zeitung.

In India, as it did with Panama Papers, the Express investigated these records - involving Indians and Indian entities -- for over 10 months to come up with the India findings which it said will be published in over 40 investigative reports beginning on Monday.