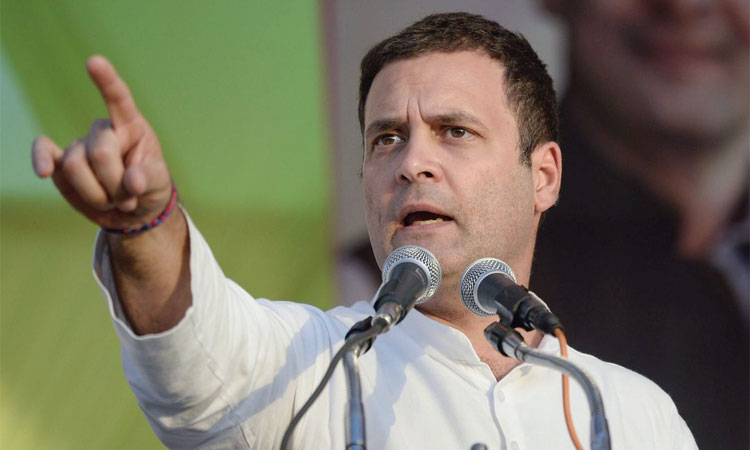 Speaking at an event on Wednesday here organised by the Indian National Overseas Congress (INOC), Gandhi said India has many religions and different languages and people have been able to live happily together because of the ideas of the Congress.

"For thousands of years, India has had a reputation of peace and harmony. This is being challenged.

"There are forces in our country that are dividing the country. It is very dangerous for the country and it ruins our reputation abroad... Divisive politics is going on and it has to be fought," Gandhi said.

"India's reputation in the world is very important. The world is transforming and people are looking towards us.

Gandhi said India belonged to all its people.

"I can see my Sikh brothers, I can see people from different states, India does not belong to any one of you. India belongs to this entire room, India belongs to single one of us and that is what the Congress party is."

"We do not represent an organisation, we represent a philosophy that is thousands and thousands of years old."

He said the freedom fighters and people who sought to transform India had stood for the truth.

"It does not matter what is standing against them. When they believe in something and are convinced that it is truth, they stand up for it and pay the price for it. That is the Congress idea."

Gandhi termed the Non-Resident Indians (NRI) "as the backbone of the country" and said he was keen to involve them in the work of the party to discuss its vision forward.

Referring to the challenges faced by the country, he said 30,000 youngsters were entering job market everyday but only 450 jobs were being created.

"This is the single biggest challenge in front of our country and it can be solved by building unified approach. India cannot give youngsters a vision if it is unable to give them jobs."

He alleged that the Bharatiya Janata Party-led government's focus was on 50-60 large companies and small businesses and entrepreneurs need to be empowered to create jobs.

The Congress leader said India has huge opportunities in the healthcare sector and added that developing cold chains will help increase incomes of farmers.

Gandhi said he had met leaders from the Democratic and Republican Party during his two week visit and was asked about the prevailing situation in the country.

Outside the event venue, a small group of Sikhs held a protest against the Congress Party's role in the 1984 riots.