Wings have fallen off our plane: Rahul on India’s economy ‘mess’ 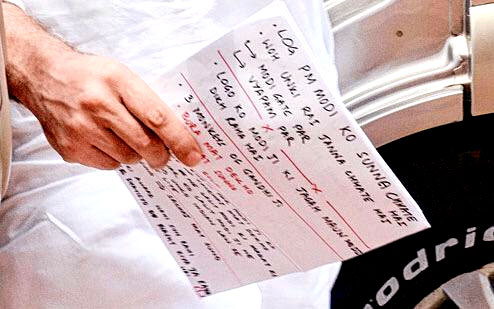 New Delhi: The Congress, led by party Vice President Rahul Gandhi, on Wednesday launched a frontal attack on the Modi government over the state of the economy, after BJP leader Yashwant Sinha aired his views on the “mess”, and warned people to brace for tougher times ahead.

“Ladies and gentlemen, this is your copilot and FM speaking. Please fasten your seat belts and take brace position. The wings have fallen off our plane,” Gandhi tweeted while sharing the article Sinha wrote in The Indian Express, critical of Finance Minister Arun Jaitley.

In the hard-hitting remarks, Sinha, who was the Finance Minister in Atal Bihari Vajpayee’s government, lashed out at “superman” Jaitley for making a “mess” of the Indian economy which is headed for a “hard landing” as sector after sector is slipping into distress.

Sinha claimed that his views reflected the “sentiments of a large number of people in the BJP and elsewhere who are not speaking up out of fear”.

Former Finance Minister and senior Congress leader P. Chidambaram said Sinha had spoken the truth and shown mirror to the government by noting that had it not changed the methodology for calculation of the GDP in 2015, the growth rate of 5.7 per cent would have actually been 3.7 per cent or less.

Referring to Sinha’s article in which he also wrote that when the BJP was in opposition, it was against the “raid raj” but now it seems to have become the order of the day, Chidambaram said: “Instilling fear in the minds of the people is the name of the new game, says Yashwant Sinha.”

“Eternal truth: No matter what Power does, ultimately Truth will prevail,” said Chidambaram.

Congress spokesperson Randeep Surjewala said Sinha had “rightly spoken as to how an experimental Finance Minister and an autocrat Prime Minister can wreck India’s economy” and that it was the “time for the people of this country to seek the relevant answers both from Arun Jaitley as also from Narendra Modi”.

Surjewala said the facts and figures point to how the “economy is in a state of flux” in India.

“The GDP has fallen from 9.2 per cent to 5.7 per cent and as per old (methodology of calculation) will be about 3.5 per cent. NPA in this country has risen to Rs 11 lakh crore, share of exports in the GDP is at 14 year low of 19.4 per cent, private investment and gross capital formation as percentage of the GDP in 2016-17 is actually at a low of 14 years. Credit growth is lowest in the last 63 years, manufacturing PMI is at a low of eight years, inflation is at a five month high.

“On top of that there is Rs 2 lakh, 67 thousand crore of revenue being collected by the government of India through taxes on petrol and diesel. The Prime Minister only speaks and the Finance Minister only mismanages the economy.”