UP woman under scanner for funding terror module busted by NIA 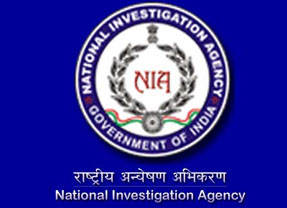 Lucknow: Was a 45-year-old woman involved in the terror funding of a plot the NIA claims to have busted during multiple raids on Wednesday? In a shocker of sorts, the National Investigative Agency (NIA) has stumbled upon strong evidence implicating a mother-son duo from the state capital of being involved in a terror plot at the behest of the IS (Islamic State), an official said on Thursday.

The evidence was found during the raids by the NIA at several places, including Amroha and Lucknow on Wednesday.

The NIA probe has revealed as part of the new IS module "Harkat-ul-Harb-e-Islam", a Muslim woman living near the City Station in Lucknow had sold her jewellery worth Rs 2.75 lakh to sponsor the terror plot in which her son was also involved.

The woman, sources told IANS, was "very active on social media" and had come in link with the terror groups vide a social media network site.

With the money provided by the woman, the terror group purchased some weapons and explosives. Currently, the NIA is interrogating both mother and son about terror funding.

The woman's house at Nabiullah road was raided on Wednesday, leaving the neighbours in a state of shock as her activities never raised any suspicion. A laptop, two mobile phones have been recovered from their home.

The 45-year-old woman's husband is a wholesale dealer in steel and aluminium utensils and her 18-year-old son studied from the Mazhar-ul-Islam madarsa.

Officials told IANS the woman had sold her jewellery at Mam Mam jewellers at Akbari Gate and later allegedly funded the terror plot.

All the angles are being probed by the NIA in an investigation that is being aided and assisted by the Anti-terror squad (ATS) of the Uttar Pradesh Police.