Haj subsidy withdrawal: What about funds given for Hindu pilgrimages? asks Owaisi 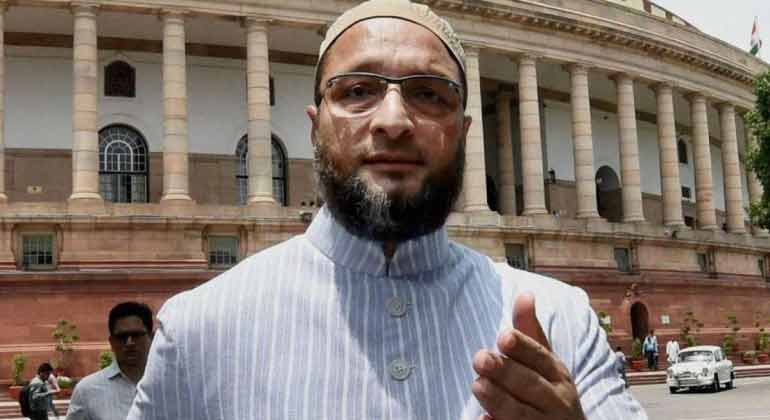 Hyderabad: Attacking the BJP for calling Haj subsidy a form of Muslim appeasement and vote bank politics, AIMIM president Asaduddin Owaisi Tuesday claimed the party's government in Uttar Pradesh gave funds for pilgrimages, and wanted to know if that would be stopped.

Funds are also given for the Kumbh Mela, while the Congress government in Karnataka gives grants to those who undertake 'Chardham Yatra', Owaisi claimed, adding he himself had demanded withdrawal of the Haj subsidy long ago.

"Haj subsidy this year is (Rs) 200 crore & it would have been phased out by 2022 as per Supreme Court order, since 2006 I have been demanding that should be removed & used for Muslim girls education upliftment," Owaisi tweeted.

There will be no subsidy for Haj from this year, Union Minority Affairs Minister Mukhtar Abbas Naqvi said today, calling the step "part of our policy to empower minorities with dignity and without appeasement".

Owaisi, in another tweet, asked if the BJP government in Uttar Pradesh would stop the funds, which he said, are given for pilgrimage to Ayodhya, Kashi and other temple towns.

"#Haj Subsidy BJP /RSS had called It appeasement, vote Bank Pol my Qs to BJP will you bring a Bill in parliament remove Article 290A of Constitution, Will BJP Tell Yogi govt to stop 800 crore for pilgrimage to Ayodhya,Kashi,Mathura 1.5 lakh to each Manasarovar yatri?" he asked.

Article 290A relates to annual payment to certain Devaswom Funds.

"Haj Subsidy 3 Qs to BJP/RSS Why did Haryana government give 1 Crore to Dera Sacha Sauda was it for electoral appeasement? 4qs why did Modi govt gave grant of 100 crore to MP govt for Simhastha Maha Kumbh & MP govt had spend 3,400 crore was this not appeasement," Owaisi said in a series of tweets.

Claiming that the Congress government in Karnataka gave Rs 20,000 to each pilgrim who undertook 'Chardham Yatra', Owaisi asked whether it was not "appeasement of majority".

Would the NDA government "walk the talk" by allocating enough funds for the education of Muslims girls, he asked.

"I challenge the Modi Government to walk the talk by allocating 2,0000 crores for Muslim girls scholarships...will wait and see in next budget 18-19," he said.