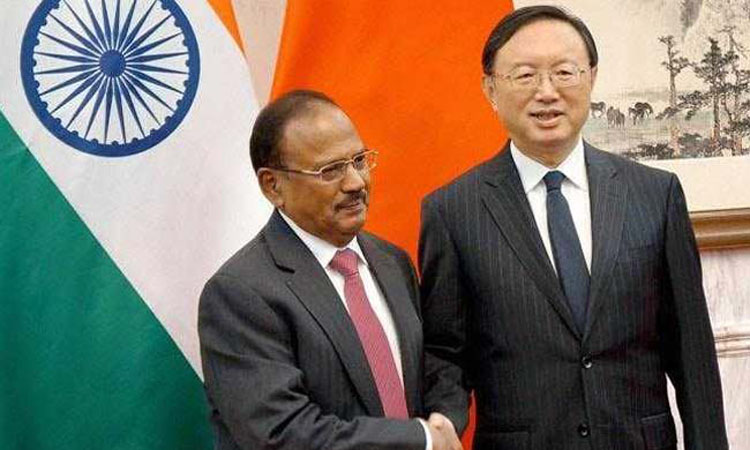 New Delhi: The Tripura unit of the CPI(M) has requested the Election Commission (EC) to look into an “election meeting” of the BJP, which was attended by National Security Adviser (NSA) Ajit Doval.

The said meeting was held on January 14 at the official residence of Union Home Minister Rajnath Singh here.

In a letter written to the Chief Election Commissioner (CEC), Tripura CPI(M) secretary Bijan Dhar had on Monday alleged that the BJP violated norms by engaging the NSA for a political purpose. He had also urged the EC to take stern legal measures against the saffron party.

“You, being an authority to oversee that no political party, either incumbent or in the opposition, does not get an undue electoral opportunity by the use of administration, may I request you to kindly order an appropriate authority for an investigation into the matter,” the letter said and urged the poll panel to take stern legal measures if it found the allegation to be true.

The letter claimed that the meeting was convened “purely for a political purpose and to evolve the strategy of the BJP for the forthcoming Assembly elections in Tripura, Meghalaya and Nagaland”.

Quoting a PTI news report that the NSA was present at the BJP meeting to discuss the poll strategy in the north-eastern states, the CPI(M) has alleged that it was a blatant misuse of the administration by the saffron party.

“The presence of any person holding a very important position like that of the NSA is not only undesirable and objectionable, it is a glaring instance of a blatant misuse of the administration by the ruling party at the Centre for garnering political mileage in the elections.

“Thus, such a misuse of administration is nothing but a real threat to the democratic system of the country”, the Left party has said.

Besides the home minister, BJP in-charge of the north-east Ram Madhav and senior RSS leader Krishna Gopal were also present at the meeting.