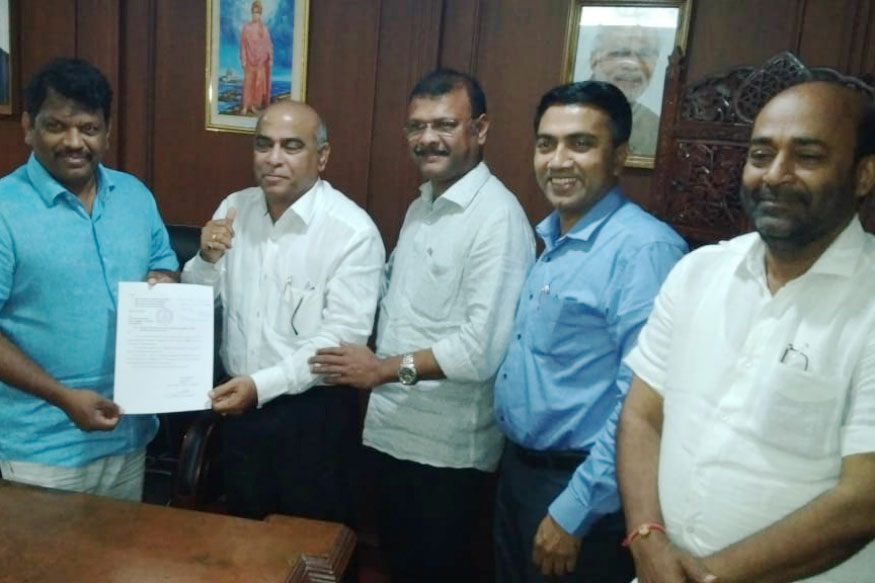 Panaji: At least two women were today shifted to a hospital and hundreds of residents in Goa's Chicalim village evacuated from their homes after a tanker carrying ammonia overturned on the nearby highway connecting Vasco City to Panaji.

The incident occurred around 2.45 a.m. when the tanker carrying ammonia from Mormugao Port Trust to Zuari Industries Limited, both located in Vasco, overturned at the highway and gas started leaking from it.

"The disaster response teams were sent to the site immediately while police and fire and emergency service personnels were asked to wake up the people and evacuate the entire area," Deputy Collector Mahadev Arondekar told PTI.

"Two women had to be shifted to a nearby hospital as they complained of breathlessness," a senior district administration official said, adding that they were sleeping inside their house which is close to the accident spot.

Vasco Police Inspector Nolasco Raposo said he contacted the safety officer at Zuari Industries factory after receiving the information about the leak.

"A rescue team was sent to the site to tackle the situation," said Raposo.

The highway crossing through Chicalim village has been blocked and the traffic diverted through other roads.

"We have stopped the motorists from using the road. Also we have informed the public in the vicinity to evacuate and to cover their mouth with masks or wet clothes," he said.

Nearly 300 houses are located in the area, a few kilometers from Goa's Dabolim Airport, where the incident took place.