"Celestial gift" lands in Gurgaon village, turns out to be human poop 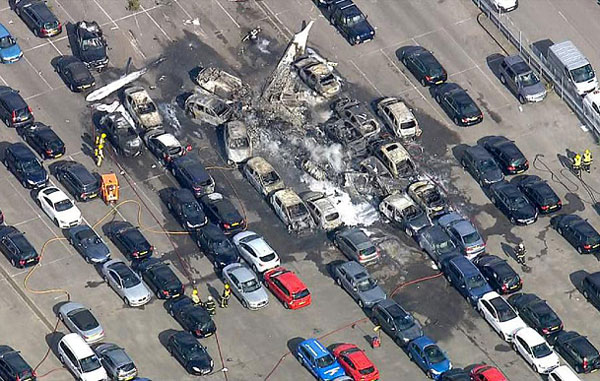 Gurgaon: A rumble in the sky and a loud thud a few seconds later shook villagers in Fazilpur Badli yesterday, leaving them wondering what had happened. Rajbir Yadav was in a wheat field when a "large rock" made its way to the ground, forming a one-foot crater. Was it a missile, a bomb or a meteor?

A terrified, befuddled Mr Yadav sprinted to the village head, another villager, Sukhbir Singh, said. The news spread like wildfire and a few minutes later, a large number of the villagers had circled the frigid "rock", which later turned out to be human poop.

While the elders wracked their brains to make a good guess, the children brimming with curiosity declared it was a gift by the aliens.

"It is a white, holy stone gifted by the aliens," a child exclaimed. "Jaadoo" from the film "Koi Mil Gaya" had one, he said. Others conjectured it was a rare mineral or a celestial object, sneaked a few pieces into their homes and stowed them in the fridge, Sub-Divisional Magistrate, Pataudi, Vivek Kalia told news agency PTI.

A few people approached the district administration, and a team comprising officials from the Meteorological department and the National Disaster Management Authority was formed under Mr Kalia.

The team found the "celestial gift" the whole village was talking about the entire day was "blue ice", a term used for frozen toilet waste leaking from aircraft, Mr Kalia said.

"It appears to be human waste disposed off mid-air by an aircraft. The forensic team sent a sample to a lab in Bhondsi to ascertain what it is. The report will be out by Monday," he added.