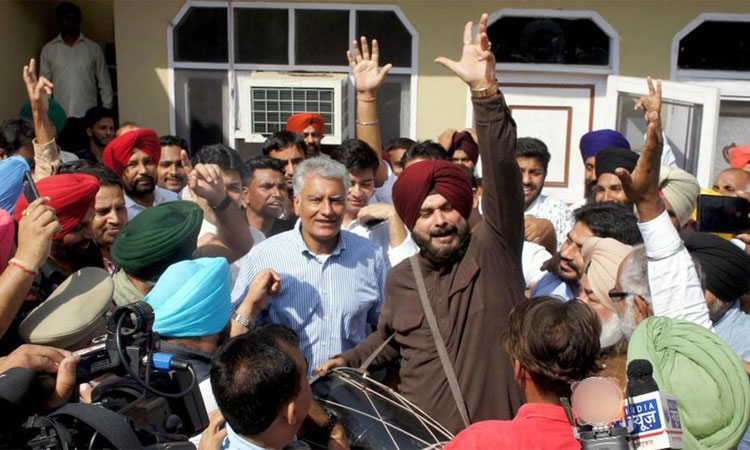 The decision to build the passage -- from Dera Baba Nanak in Gurdaspur district to the International Border -- was taken by the Union Cabinet on November 22.

Kartarpur is located in Shakargarh in Narowal district of Pakistan's Punjab. Guru Nanak Dev, the founder of Sikhism, had spent more than 18 years of his life there.

The Kartarpur Sahib Gurdwara is located on the banks of the Ravi river, about three-four km from the border in Pakistan.

Earlier, speaking on the occasion, Union minister Nitin Gadkari said the corridor construction work will be completed within four months.

Pakistan Prime Minister Imran Khan will inaugurate the ground-breaking ceremony of the Kartarpur Corridor on the Pakistani side on November 28.