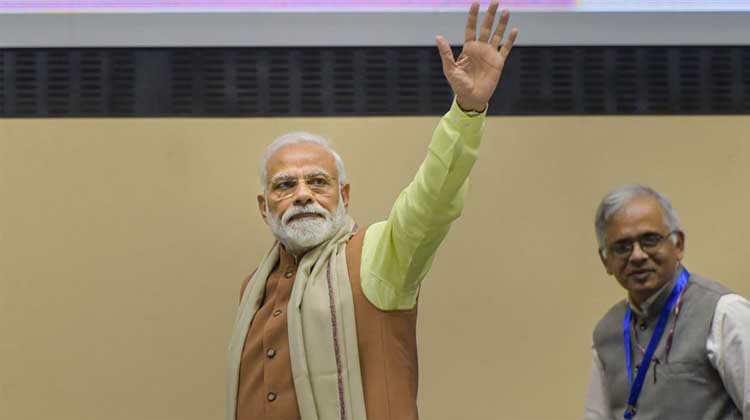 Rajkot: Prime Minister Narendra Modi on Sunday said that even after 70 years of independence, Mahatma Gandhi's dream of Swachh Bharat remained unfulfilled and claimed that his government had covered significant ground but needed to do more.

"It has been over 70 years since independence, but Bapu's dream of a Swachh Bharat remains unfulfilled. Together, we have to fulfil this dream," Modi said while addressing a gathering after inaugurating the Mahatma Gandhi Museum here.

To spread awareness about Gandhian culture, values and philosophy, the museum has been set up at the Alfred High School, which was an important part of the formative years of Mahatma Gandhi.

Noting that Bapu was concerned about the environment, the Prime Minister said that inspired by him, the country needs to work for a cleaner and greener tomorrow.

"In the last four years we have covered significant ground in the Swachh Bharat Mission but we must continue to do more," he said.

Recalling that the Father of the Nation always taught to think of the last person in the queue, the poorest person and serve the underprivileged, the Prime Minister said that inspired by his ideal his government is serving the poor.

"Through our initiatives we want to transform their lives. We want to build homes for the poor," he said.

He said Gujarat is blessed to be the land so closely associated with Mahatma Gandhi.

The Prime Minister also unveiled a plaque to mark the inauguration of a public housing project having 624 houses. He witnessed the e-graha pravesh of 240 beneficiary families.