Cong should be magnanimous: Akhilesh 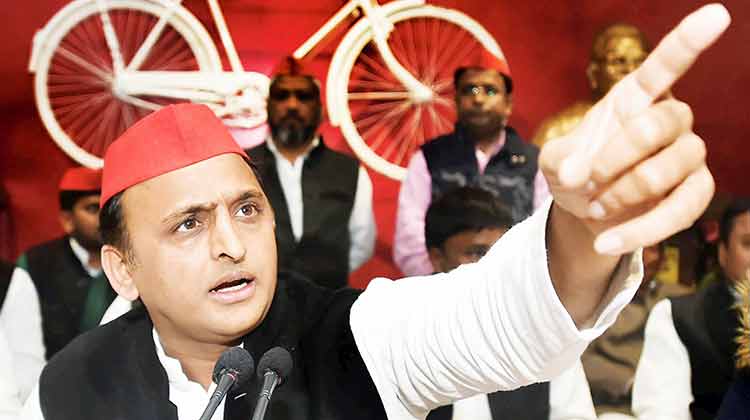 Lucknow: Urging the Congress to show magnanimity, Samajwadi Party president Akhilesh Yadav said on Wednesday that any delay in this regard might prompt other parties to declare their candidates for the upcoming assembly elections.

His comments come hours after Bahujan Samaj Party chief Mayawati announced that her party would contest the Rajasthan and Madhya Pradesh assembly elections either on its own or in an alliance with regional parties, but not with the Congress.

Speaking to reporters here, Yadav said, "I am saying even today that the Congress should show its large-heartedness, and it should contest elections by taking along all the political parties who have similar thoughts and ideology."

"If there is any delay, then there is a possibility that other parties may declare their candidates. After this, they (Congress) will be levelling allegations that they colluded with the BJP," Yadav said.

But, Yadav added, he knows one thing that the BSP does not take any decision due to fear of anyone.