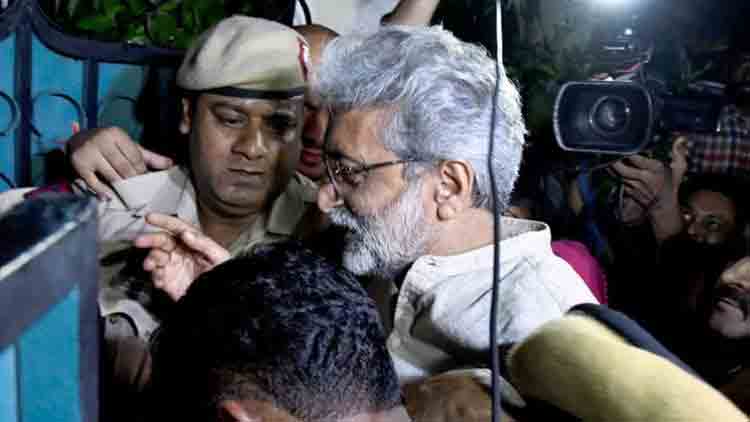 Panaji: The Bhima Koregaon violence should be probed by a judicial commission and action should be taken against those responsible for it, civil rights activist Anand Teltumbde said on Monday.

Speaking at a function organised by the Dakshinayan Abhiyan on "Decimating Dissent: The Truth Behind Bhima Koregaon" in South Goa's Margao town, Teltumbde said the Maharashtra police were targetting him for attending a conference in Paris, which they claimed was funded by Maoists.

"There should be a probe by a judicial commission into this episode and whosoever did it should be taken to task. In a democratic state, taking a posture and acting against citizens is unpardonable," he said.

Teltumbde was one of the several Dalit thinkers whose homes were raided on August 28 by Pune police in connection with Bhima-Koregaon violence of January 1.

He said he had filed a defamation case against the Pune police.

"They raided my residence because I had attended a convention in Paris which was organised by the Department of Amercian Studies in Paris in April this year. It was not funded by Maoists nor it had any Naxal link," he said.

"The search by the police was absolute fabrication and utterly nonsense," he said.