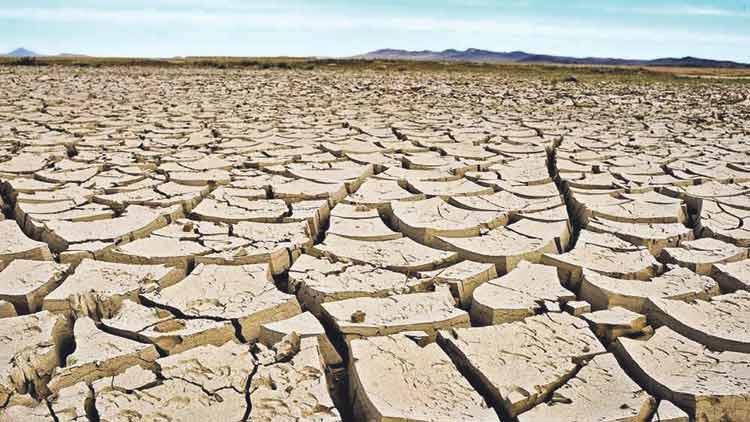 Bengaluru: Of the 30 districts across Karnataka, 23 districts have been declared drought-hit due to deficit rainfall in the monsoon season, an official said on Wednesday.

"Though the monsoon (June-September) was near normal in coastal, south interior and Malnad regions with record rainfall causing floods in seven districts, deficit-rains forced the state government to declare 23 districts drought-hit," an official told IANS here after a review meeting.

"A cabinet sub-committee on disaster management had identified 86 taluks (sub-districts) in the state's erstwhile Bombay province in northwest and the Hyderabad-Karnataka region in the northern region due to dry weather," said the official, citing a report its chairman and State Revenue Minister R.V. Deshpande submitted to the Chief Minister's office on Tuesday.

As per the revised guidelines, a taluk can be declared drought-hit with a 60 per cent rain deficit or a dry spell of three weeks with 33 per cent crop loss.

"Preliminary estimates reveal the kharif crop loss in the absence timely rains is about Rs 8,000 crore, as sowing was done in 63 lakh hectares of farm lands out of 75 lakh hectares across the state," said the official.

The state departments concerned, including agriculture, horticulture and sericulture will conduct a joint survey of the drought-hit districts and submit a report to the central government for grants from the National Disaster Relief Fund (NDRF).

"Two central teams are touring seven flood-hit districts, including Dakshina Kannada, Hassan, Kodagu and Chikkamagaluru for spot assessment of the damage to life and property caused by heavy rains," added the official.

The state government will also request the central government to rush another team to assess the damage caused by drought in the 23 districts.