People won't forgive if we accept Nitish back: Tejashwi 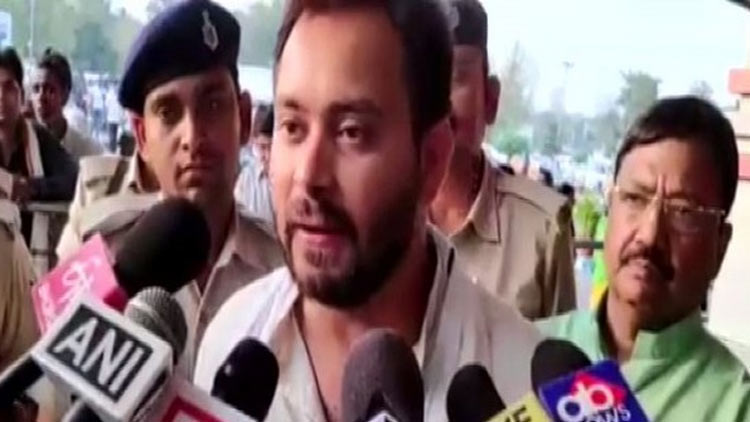 New Delhi: Rashtriya Janata Dal (RJD) leader Tejashwi Yadav on Sunday said that the people will not forgive his party if it accepted Bihar Chief Minister Nitish Kumar back into the Grand Alliance.

"Nitish Kumar has no credibility. There is no guarantee that he will not ditch us again. I think the people will not forgive us if we accepted him back now," Tejashwi said at the NDTV youth conclave here.

He said that his "sources" have told him that "chacha" (Nitish Kumar) was very "troubled" in his alliance with the Bharatiya Janata Party (BJP) and may take a political U-turn again.

"But he will not say it openly. He will try to stage it as if it is Lalu Yadav who needs him back and not the other way around," the former Deputy Chief Minister of Bihar said.

Asked if he would like Ram Vilas Paswan-led Lok Janashakti Party (LJP) to rejoin the anti-BJP alliance, Tejashwi said it was for the LJP to decide.

"I have respect for them (Ram Vilas and his son Chirag). One thing is that he (Paswan) has never betrayed my father's trust. Whenever his equations did not match and he decided to go his way, he has done it openly and after duly informing."