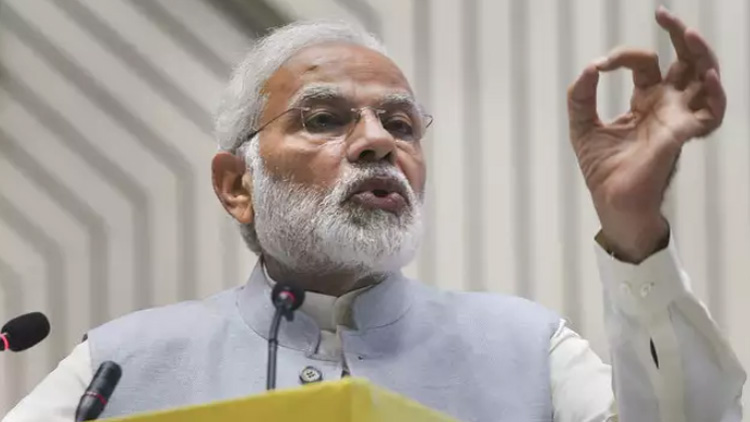 Lucknow: Launching development projects worth Rs 550 crore, Prime Minister Narendra Modi on Tuesday said Varanasi is being developed as the “Gateway to East India” and presented a report card to voters of his Lok Sabha constituency, claiming that before his election the holy city was at the mercy of the Lord under previous governments.

“Our endeavour is to bring a transformation in Kashi, while keeping intact its traditions and preserving its age-old heritage. Otherwise you have been witness to the system, when our Kashi was at the mercy of Bholey (Bholey ke bharosey), and it was left to its fate,” Mr Modi said. “I am the son of Kashi and I am glad that I am starting another year of my life with blessings of Kashi Vishwanath and Maa Ganga,” he said in Bhojpuri dialect after starting his speech with “Har Har Mahadev”.

Addressing a gathering at BHU, the Prime Minister said, “Promoting the spirit of duty, I am here to inaugurate or lay the foundation stones of projects worth Rs 550 crores. These projects will help Varanasi and nearby villages to grow. These schemes include benefits to weavers. We are making a centre in Varanasi to boost technology and knowledge.”