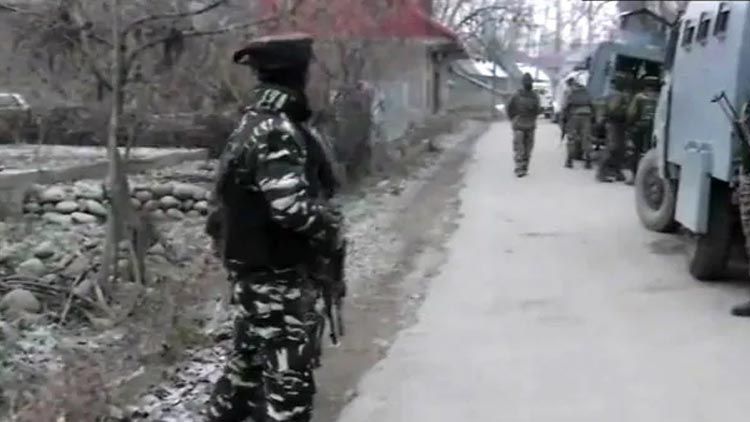 New Delhi: Two days ahead of the second anniversary of the cross-LoC "surgical strikes" carried out on the militant launch pads, the Indian Army on Thursday released another video of the 2016 military operation, showing it destroying three terrorist launch pads and killing terrorists in an ambush.

In the video captured by drone-mounted cameras, the images of the three terrorist launch pads are shown before the Indian commandos destroy them with bombardment and firing.

The government has decided to observe the attacks as "Parakram Parv", commemorating the valour and sacrifice of the armed forces, on the anniversary of 2016 cross-LoC military strikes.

A three-day main event during September 28-30 will be organised at the India Gate lawns in the national capital besides similar events at 53 locations in 51 cities across the country to "highlight the valour of the Indian armed forces in general and special forces in particular".

Defence Minister Nirmala Sitharaman would inaugurate the event on September 28 at the India Gate lawns.

The Indian Army conducted surgical strikes (on the intervening night of September 28-29, 2016) which had strategic ramifications and were aimed to "dissuade inimical adversary from adopting the path of violence and to ensure an environment of peace for the nation".

The programme will start with a bugle call at 6.30 p.m on Friday. Movies and photographs depicting valour and courage of the armed forces will be shown. Huge canvas/ digital signing walls for sending messages to the soldiers will help citizens connect with them. Letters addressed to soldiers by school children will also be on display.