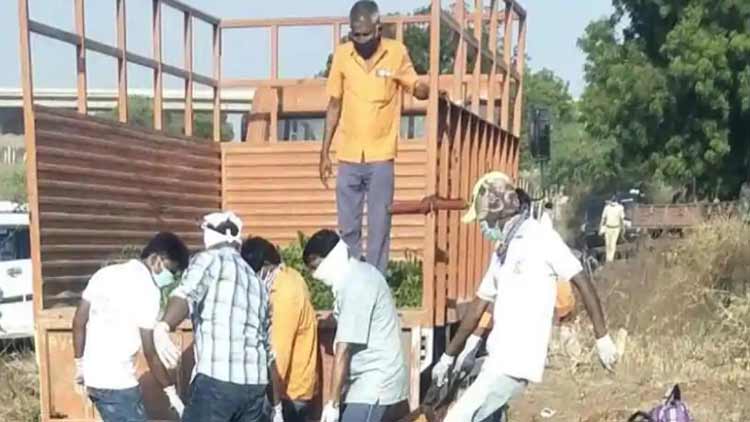 New Delhi: Sporadic violence and partial disruption of road and rail traffic on Thursday marred the Bharat bandh called to protest against the changes made in the Scheduled Castes and Scheduled Tribes (Prevention of Atrocities) Act.

In four states - Bihar, Uttar Pradesh, Madhya Pradesh and Rajasthan - rail and road traffic was affected and markets and schools were closed as smaller towns joined the protest called by upper caste communities and other groups. The agitators blocked trains and put up road blocks on national and state highways. Schools declared a holiday to ensure the safety of students.

Shayam Razak, a Dalit leader and general secretary of the ruling JD-U, said shutdown supporters attacked his vehicle, injuring him. "They attacked my vehicle, called me out by my caste and abused me," he said.

Police resorted to a lathicharge against shutdown supporters in Patna and Nawada, officials said, adding there were reports of clashes in Begusarai and Bhojpur districts.

In UP's Mathura and Vrindavan, the bandh was total as protesters took out marches and blocked the main roads. In Firozabad, Muslim shopkeepers joined the shutdown.

The bandh put mainstream political parties in a dilemma. Officially the Congress, Samajwadi Party, the Bahujan Samaj Party have remained neutral, but their members openly supported the shutdown.

Organisations claiming to represent upper castes and supported by several fronts of OBCs, openly challenged the BJP leadership and demanded immediate withdrawal of the amendment.

Sumant Gupta, national chief of the Vaishya Ekta Parishad, an umbrella front of various trading communities, said the protesters would march to Delhi on October 2 to demand scrapping of the amendment.

Clashes and violence were reported from various parts of Uttar Pradesh. There was a scuffle in the Agra market where supporters of the SC/ST Act protested against efforts to shut down shops.

Police chased away the mob and used tear gas shells to quell the warring groups as they threw stones at each other and vandalised property.

Protesters stopped the Agra-Etawah passenger train by squatting on the rail tracks in Pinahat. They threw stones at the vehicle of a sub-divisional magistrate (SDM) on the Yamuna Expressway.

Prohibitory orders have been issued in many districts of the state.

Protests were also reported from Varanasi, the parliamentary constituency of Prime Minister Narendra Modi. The agitators set ablaze some kiosks and stalled traffic at the Hyderabad Gate of the Banaras Hindu University (BHU).

In the Madhya Pradesh capital Bhopal, petrol pumps were closed as security was heightened in 35 areas there, police said.

The Jaipur police detained Samta Andolan Samiti president Parashar Narayan Sharma along with a few others in the city as a precautionary measure to maintain peace, officials said.

The Samta Andolan Samiti campaigns for changes in the caste-based reservation system.