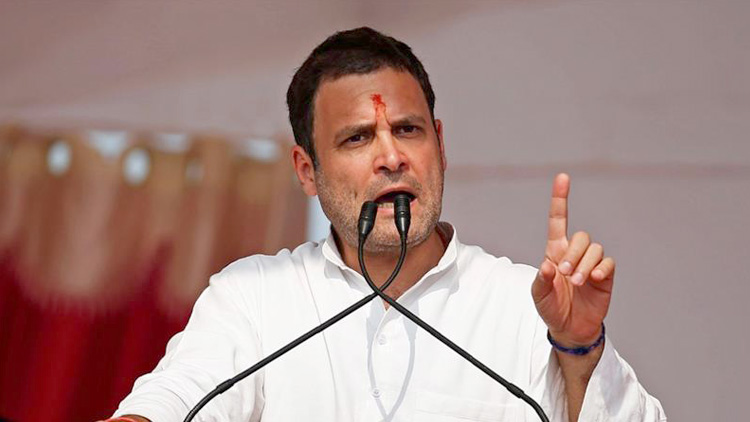 Patna: Rahul Gandhi was Thursday dragged to court over his "why all thieves have Modi in their name" remark, with Bihar Deputy Chief Minister Sushil Kumar Modi filing a defamation suit against the Congress president.

The senior BJP leader filed a criminal complaint before the court of Patna Chief Judicial Magistrate Kumar Gujnan under Section 500 of IPC (punishment for defamation) against Gandhi for his comment at a rally in Maharashtra which he claimed was defamatory to the people with Modi surname.

Sushil Kumar Modi said in his petition that he "felt hurt" by Gandhi's "sweeping remarks" at the April 13 rally, which was telecast live on TV news channels, as it tarnished the reputation of those who shared the surname, including himself.

The matter will come up for hearing on April 22.

Gandhi had on Monday attacked Prime Minister Narendra Modi over corruption and asked how all "thieves" have 'Modi' as the common surname as he referred to fugitive businessman Nirav Modi and former IPL chairman Lalit Modi.

"I have a question. Why all thieves have Modi in their names whether it is Nirav Modi, Lalit Modi or Narendra Modi? We don't know how many more such Modis will come out," Gandhi had said.

Soon after, the Bihar leader had threatened to sue the Congress chief, saying lakhs of people in the state had Modi as their surname and they felt hurt by his remark.