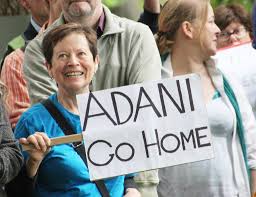 I-T sources told PTI that cash stuffed in cartons and gunny bags, neatly packed for ward and division-wise distribution, was unearthed by the department's investigation wing officials on Monday.

During the searches at Duraimurugan's residence on Saturday, printouts containing details of certain wards were seized, which were dismissed as junk by the assessee.

The cash seized from the godown was suspected to have been shifted during the intervening night of March 29 and 30 from a college, which was searched on March 30, the sources said.