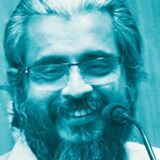 Asserting that the Article 370 - guaranteeing special status to Jammu and Kashmir - would stay forever, Azad also suggested that the administration should "re-look' its order of closing Jammu-Srinagar national highway for two days a week to allow smooth movement of convoys between the twin capitals.

On revoking of Article 370, Azad said, "It is there for the last 70 years and will remain so for ever".

A government notification on Wednesday said the Baramulla to Udhampur stretch of the national highway has been put out of bounds for the civilian traffics on Sundays and Wednesdays till May 31.

Referring to the criticism of his party's promise to review AFSPA, the Congress leader said there are people who are taking "sadistic pleasure" because they have not seen its impact.

"AFSPA and disturbed area act are there in the state for the last 30 years which is very long time. The act remained in force in Punjab for 14 years and also at some other places in the country.

"It is good for the country that we will review it. The security forces should enjoy full powers to eliminate militancy but at the same time we have to ensure that no human rights violation takes place," he told reporters.

Noting that human rights violations do take place, he said,"As chief minister, I had myself witnessed and ordered digging of three graves. You are blaming only Army but I have caught 13 policemen who picked up three local daily wagers killed them and dubbed them as Pakistanis."      "Our Army, our security forces and our policemen are laying down their lives and we salute their sacrifice. The nation will always remain indebted to them.

"However, if anyone picks up any civilian and kills him for promotion and rewards, I think he is against the humanity and any government, media and anyone from any religious background should not tolerate it, he said.

He said Jammu and Kashmir is an integral part of the country and will remain so, but there is a need to address the issue to bring peace to the region.

"I think Article 370 is there for the last 70 years and it will stay," he said while  releasing the party manifesto here.

About the government order banning the movement of civilian vehicles on the Jammu-Srinagar highway, he said "the government should find a better solution".

"The safety and security of the security personnel is of paramount importance but traffic is equally important. They should have found a solution like restricting traffic for half a day each for security forces and civilians.

"That could have been a better solution, but to stop traffic for two days is a little difficult to manage because there will a lot of hue and cry," he said.

On Omar Abdullah reportedly proposing utilizing train services for moving security personnel, he said since train does not go to Kashmir, it is a problem.

"That is an alternative from any part of the country to Udhampur. Then Banihal to Kashmir, a small stretch can be opened and closed (Udhampur to Banihal)...it is for the state government to find an option," he said.

Advocating dialogue to address the Kashmir problem, he said, "Dialogue is the only way forward to address the aspiration of the people of different regions of the state and ensure honourable solution which will satisfy them." He said if his party comes to power, it will follow a two pronged strategy  not compromising with border security and not allowing infiltration and second - winning the hearts of the people of all the three regions with sincere efforts.

"When Omar Abdullah led NC-Congress government was ruling the state and the UPA was at the Centre, there was only reports of minimum infiltration. But after five years of this government, infiltration has peaked," he said.

He asserted, "Congress will strengthen the security grid at the border to stop infiltration of terrorists and will give more role to the state police in dealing with internal law and order situation." Azad also promised martyr status to security personnel who lay down their lives in the service of the nation if his party comes to power.

He said Prime Minister Narendra Modi is making tall claims but the reality is that the defence ministry's budget has witnessed a decline over the past five years.

"We will focus on it and will all ensure all the requirements of the armed forces are fulfilled and every step will be taken for modernization," he said.

"We will accept the long-pending demand of CRPF, BSF, ITBP and CISF and accord martyred status to those personnel who are killed fighting terrorism or Pakistan," he said.

Reading out from the manifesto, he said the Congress will talk to all stakeholders in the state."There is no doubt that Jammu and Kashmir is an integral part of India and it will remain so," he said.

He pointed out that when he was the chief minister, he had held round-table conferences under the prime ministership of Manmohan Singh in which 27 parties except Hurriyat Conference attended.

He said the Congress will nominate three interlocutors from the civil society and will also study the previous reports which are lying with the centre to find out an everlasting solution to the problem.