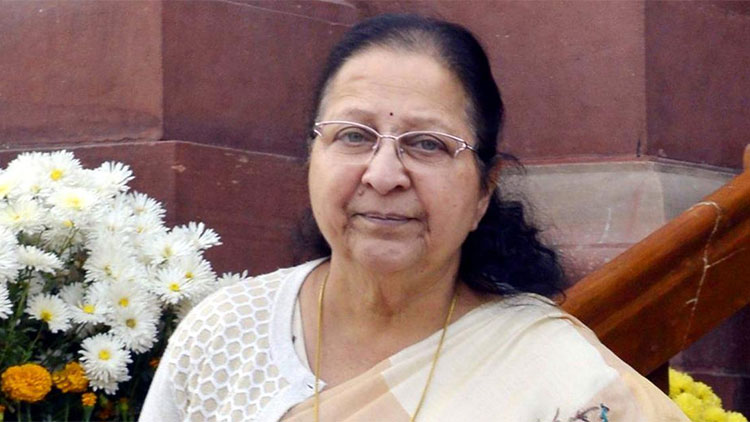 New Delhi: Lok Sabha Speaker and BJP veteran Sumitra Mahajan on Friday announced that she will not contest the general elections commencing next week.

Making her intentions clear in a letter released by her office, the sitting MP from the Indore parliamentary constituency urged the Bharatiya Janata Party (BJP) leadership to end the "indecision" over the party's candidate from Indore.

While announcing its candidates from Madhya Pradesh, the BJP has not named anyone from Indore yet. Mahajan noted in the letter that it was possible that the party leadership was feeling shy in taking a decision (to replace her).

"Why is this situation of indecision," asked the eight-time MP.

Mahajan, who will turn 76 on April 12, said that she had discussed the issue long back with the seniors in the party and had left the decision on them.

"It appears that there is still some uncertainty in their minds. Hence I declare that I will not contest the Lok Sabha polls. The party can announce its decision without hesitation," she said.

Mahajan has been representing Indore since 1989.

The BJP has so far denied tickets to all its MPs, including veterans Lal Krishna Advani and Murli Manohar Joshi, who have crossed the age of 75.