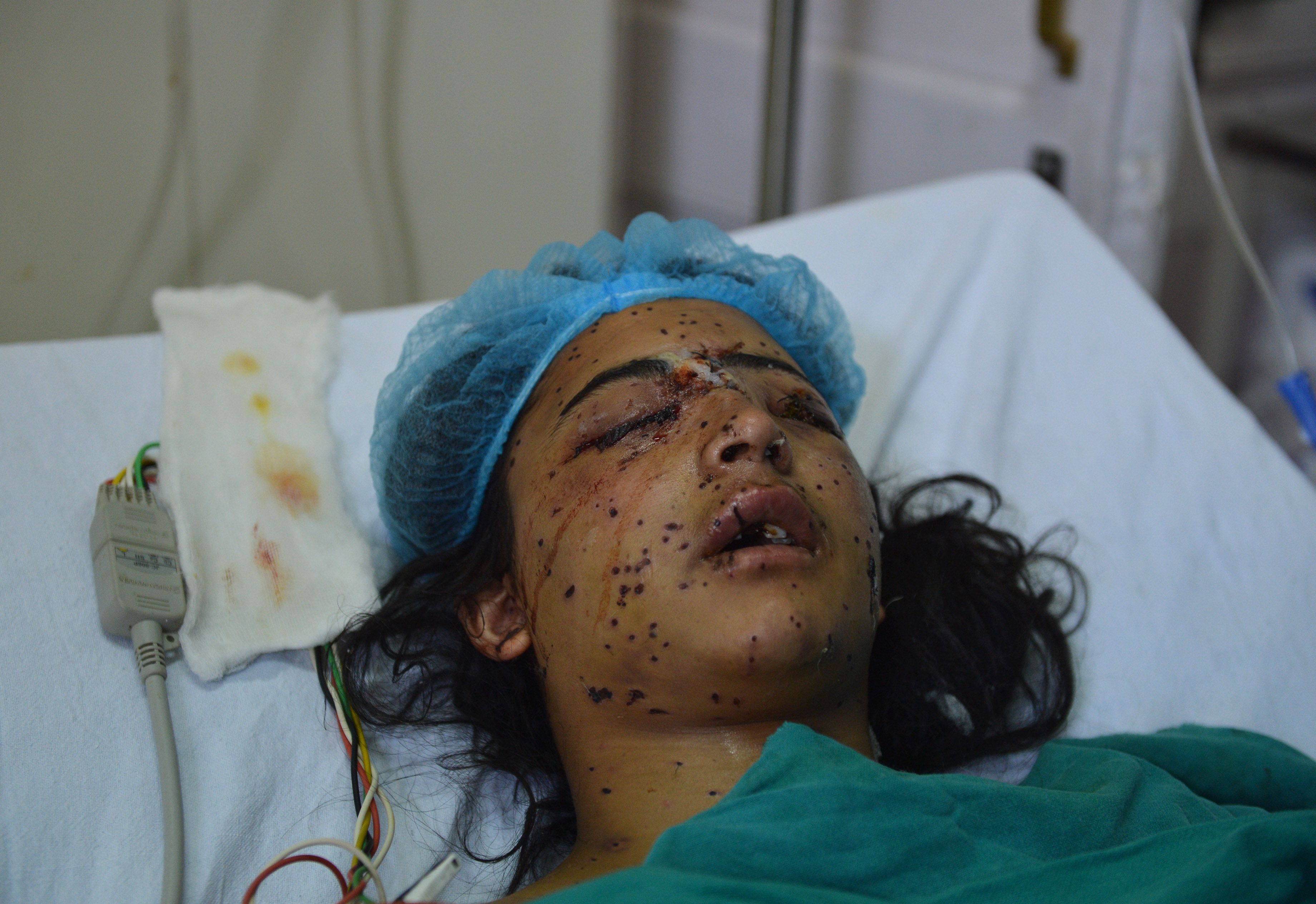 Srinagar: In the worst ever terror attack in Jammu and Kashmir since militancy erupted in 1989, a suicide bomber on Thursday rammed his SUV packed with explosives into a CRPF bus on the Srinagar-Jammu highway in Pulwama district, killing at least 39 troopers and injuring many others.

The Pakistan-based Jaish-e-Moahammad (JeM) claimed responsibility for the bloodbath and released a video clip of the suicide bomber which it claimed was shot before the young man carried out the audacious attack in Lethpora, about 30 km from here.

The group said one of its commanders, Adil Ahmad Dar, was the suicide bomber.

Police sources and other officials said the suicide bomber-driven SUV came along the Central Reserve Police Force (CRPF) bus when a 78-vehicle convoy carrying 2,547 security personnel was going from the transit camp in Jammu to Srinagar and rammed it into the bus around 3.15 p.m., triggering a deafening explosion.

The first report spoke of eight deaths. But the death toll quickly mounted as other CRPF personnel who rushed towards the targeted bus found it in a mangled heap. The bus was said to be transporting 39 troopers.

CRPF officials said the bus which was the main target of the militants was destroyed fully while another CRPF vehicle was partly damaged. "It is difficult to believe how anyone in the bus could have survived," said a police officer.

Jammu and Kashmir Police chief Dilbag Singh said it could have been a suicide attack. This was confirmed by other officials later.

In a statement to a local news agency GNS, a caller claiming to be a spokesman of JeM said it was a 'fidayeen' (suicide) attack.

All the injured were shifted to the Army's 92 Base Hospital in the Badamibagh cantonment of Srinagar city. Some of them were said to be in critical condition.

"The attack ... is despicable. I strongly condemn this dastardly attack. The sacrifices of our brave security personnel shall not go in vain. The entire nation stands shoulder to shoulder with the families of the brave martyrs," he tweeted.

Home Minister Rajnath Singh, who was to visit Bihar on Friday, is set to reach Srinagar instead. Home Secretary Rajiv Gauba cut short his visit to Bhutan to rush to Srinagar for a high-level security meeting on Friday.

"Today's dastardly attack ... is extremely painful and disturbing. I bow to each and every CRPF jawan who has sacrificed his life in service to the nation," Rajnath Singh said.

All traffic on the Srinagar-Jammu Highway came to an abrupt halt. Senior police and CRPF officers rushed to the spot for a post-explosion analysis.

An officer said the CRPF and police would carry out a detailed investigation to understand the circumstances in which the attack took place.

This is also the worst attack carried out by militants in Jammu and Kashmir after the one on the Uri Army camp on September 18, 2016 left 19 soldiers dead -- forcing New Delhi to launch 'surgical strikes' on terrorist camps in Pakistan.

Officials said the reason why so many CRPF personnel were on the move at one time was because the Srinagar-Jammu highway had been shut the past two days due to bad weather. The convoy left Jammu around 3.30 a.m.