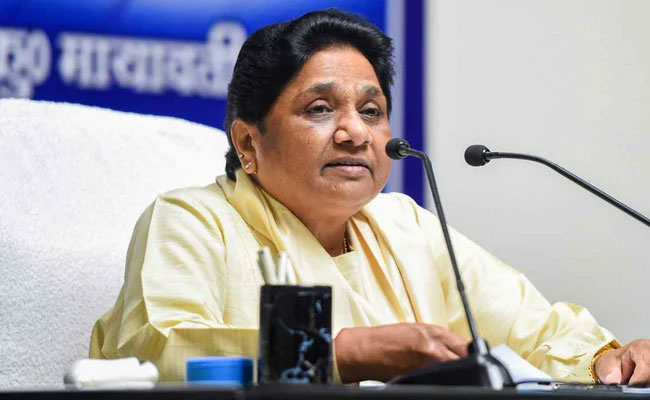 Lucknow: Bahujan Samaj Party (BSP) supremo Mayawati on Thursday targeted the Congress once again and slammed it for invoking the National Security Act (NSA) against Muslims for alleged cow slaughter in Madhya Pradesh.

In a statement, the four-time former UP chief minister said that while the Bharatiya Janata Party (BJP) government had been doing a similar thing in the state, the Kamal Nath government was no different.

Mayawati, who recently got active on Twitter and changed her handle from SushriMayawati to Mayawati earlier in the day, said that both the Madhya Pradesh and Uttar Pradesh governments were spreading terror, specially in the minds of minorities. She cited the example of AMU students being booked by the UP police.

Both the acts were equally condemnable and acts of terror, she said.

The Dalit leader further said: "The CAG report presented in the Lok Sabha on Wednesday about Rafale deal was "incomplete in the eyes of the people".

"The CAG report is neither complete nor correct in totality," she said, adding that the constitutional institutions were unable to work fairly.

Mayawati said: "This had left the "nation worried".

The BSP has two legislators in Madhya Pradesh and its support is crucial for the Kamal Nath-led Congress government which crossed the majority mark with the support of three independent legislators, two of the BSP and one of the Samajwadi Party.