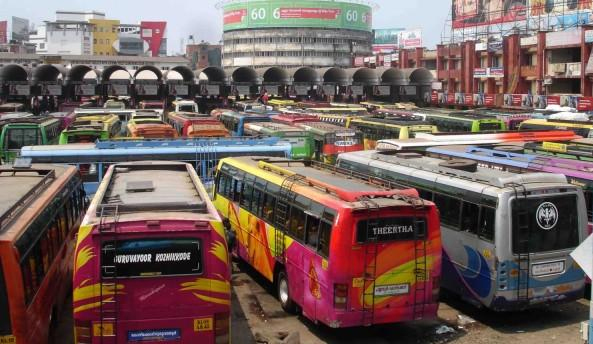 New Delhi: The Supreme Court Friday refused to stay the procurement of 500 standard-floor buses, fitted with hydraulic lifts to facilitate accessibility to differently-abled persons, by the AAP government in the national capital.

A bench comprising Chief Justice Ranjan Gogoi and Justice Sanjiv Khanna, however, issued notice to the city government on an appeal which challenged the Delhi High Court order allowing purchase of standard-floor buses (SFBs) provided they are fitted with hydraulic lifts.

The high court, on October 22, last year, had dismissed the PIL filed by a differently-abled person, Nipun Malhotra, who had challenged the Delhi government and the DTC's decision to buy 2,000 SFBs instead of low-floor buses (LFBs) for the national capital.

The high court said there was no reason to prohibit the Delhi government from procuring more buses in pursuance of a tender for 1,000 SFBs as it had been undertaken they would be fitted with hydraulic/ mechanical lifts to facilitate accessibility to differently-abled persons.

Malhotra, in his appeal to the apex court, has said that SFBs were not disabled-friendly as they were mounted on truck chassis and their height prevented differently-abled persons from boarding them.

Besides seeking an interim stay on the purchase of buses, the appeal has sought a direction to Delhi government that only LFBs be purchased.

The court had said the city government was allowed procurement of SFBs as an interim measure after it was assured hydraulic lifts would be installed in these buses for the benefit of differently-abled persons.

The direction had come on an appeal of the Delhi government and the Delhi Transport Corporation (DTC) challenging the Delhi High Court's June 1 order barring them from procuring 2,000 standard-floor buses without the enabling facility for the special category commuters.