Clear all hurdles for smooth trial in Malegaon case: Bombay HC to NIA 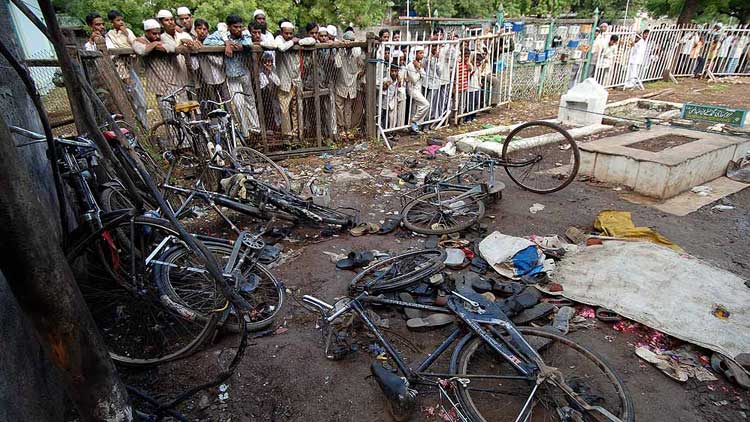 Mumbai: The Bombay High Court on Tuesday directed the National Investigating Agency (NIA) to "clear all hurdles" in the 2008 Malegaon blast case and ensure that the trial proceeds "smoothly".

A bench of Justices A S Oka and A S Gadkari noted that over 20 applications and appeals had been filed in the high court by various parties on varied grounds in the case.

As a result, the court had to sift through voluminous paperwork and over 4,000 exhibits, it said.

"How's the court expected to clear these appeals in time if parties keep filing applications. We are certain most of these applications and pleas might even be frivolous," the bench said.

"As a prosecuting agency, it is your (NIA) duty to ensure that all hurdles are removed and the trial in the case goes on smoothly," it said.

The bench was hearing an appeal filed by Sameer Kulkarni, a co-accused in the case, challenging a 2017 order of a special NIA court, which permitted the use of photocopies of statements of witnesses and confessions of accused as secondary evidence in the case.

During a previous hearing, the bench led by Justice Oka had observed the special court should not have allowed the use of photocopies since there was no evidence to prove that they were authentic copies of the original, certified statements.

On Tuesday, the bench reiterated that the use of photocopies without any verification was wrong in law.

It told NIA counsel Sandesh Patil that the NIA should have pointed out the problem to the special court then and there and taken the correct legal stand by not relying upon the photocopies.

"You (NIA) are a premier agency. You have been constituted for a special purpose. Therefore, it was your duty to take the correct legal stand," the bench said.

It is likely to hear the NIA's justification, on use of photocopies as secondary evidence, in the next hearing on February 11.

In January 2017, the special court had permitted the use of photocopies after the NIA submitted that some files containing original witness statements and confessions of accused under section 164 of the Criminal Penal Code had gone missing and could not be traced.

The agency had pleaded at the time that since these statements could not be traceable and the proceedings of the case were conducted on a regular basis, the copies of the original be taken on record.

The case relates to a blast near a mosque in Malegaon, a town about 200 km from here in north Maharashtra, when an explosive device strapped to a motorcycle went off, killing six people and injuring over 100 on September 29, 2008.