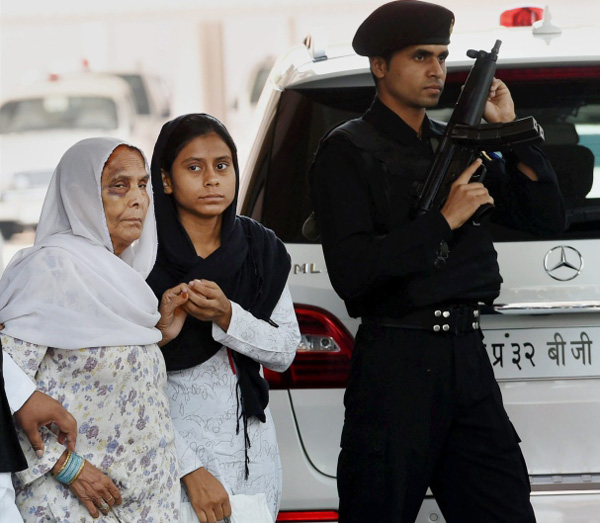 B.L. Singhal, the project coordinator of BBBP said: "We have registered a total of 69 such cases under IPC sections of 420 apart from relevant PNDT act in Haryana and other neighbouring states after successful raids."

"There is no such drug available in the market which is capable of changing the gender of fetus once a woman becomes pregnant," Singhal added.

"Under the supervision of Haryana CM Manohar lal Khattar, we have been managed to register 670 cases till January under Pre-Natal Pre-Diagnostic Test (PNDT) act in Haryana and neighbouring states.

"As the motive of BBBP is to reduce differences between male and female birth, we have formed a dedicated team to conduct raids. We have successfully conducted raids at various clinics... in different districts of Haryana," Singhal said.

"Even, we have raided in neighbouring states such as Punjab, Delhi, Rajasthan, Uttar Pradesh and Uttrakhand and busted such medical centres which are illegally involved in gender determination test," Singhal said.

The official pointed out that 670 FIRs, 164 of them are registered in other states. A total of 73 FIRs registered in Uttar Pradesh, 41 in Delhi, 34 in Punjab, 13 in Rajasthan and 3 in Uttrakhand.

Sources have said that touts currently charge Rs 30 to Rs 40 currently for one gender test. The raiding teams face many challenges to successfully conduct raids.

"When this project was launched by PM Narendra Modi in May 2015 from Panipat city, the number of female birth in Haryana was 871 against per 1000 male birth," Singhal said.

"Now it has reached to 914 in January 2019 which is 43 per cent higher compared to the stage when BBBP campaign was started," Singhal added.