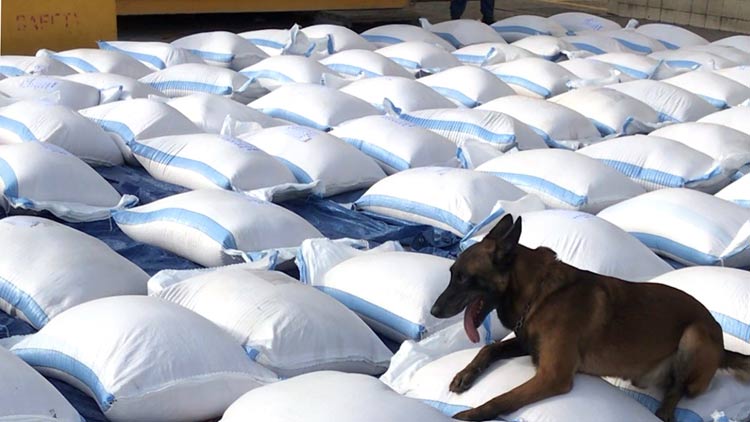 New Delhi: The Ministry of Social Justice and Empowerment has drafted a five-year action plan for addressing the problem of drug and substance abuse in the country, dumping a long-pending draft policy on the matter.

The National Action Plan for Drug Demand Reduction (2018-2023) aims to employ a multi-pronged strategy - involving education, de-addiction and rehabilitation of affected individuals and their families - to address the issue, a government official said.

The move comes after the ministry withdrew the draft National Drug Demand Reduction Policy from the Cabinet. It had been pending for more than five-and-half years and was redrafted twice during the period.

"Instead of the policy, the ministry has now prepared a national action plan," the official said.

The plan focuses on preventive education, awareness generation, counselling, treatment and rehabilitation of drug-dependent people, besides training and capacity-building of service providers through collaborative efforts of the Centre, state and NGOs, he said.

The ministry has planned several measures -- including coordination with implementing agencies for controlling sale of sedatives, painkillers and muscle relaxant drugs, and checking online sale of drugs by stringent monitoring by cyber cell -- under the national action plan.

The official said plans are also afoot for awareness generation through social, print, digital and online media, and engagement of celebrities, besides strengthening the national tollfree helpline for drug prevention.

It also calls for persuading principals, directors, vice chancellors of educational institutions to ensure that no drugs are sold within/nearby the campus.

"The objective of the NAPDDR is to create awareness and educate people about the ill-effects of drugs abuse on the individual, family, workplace and the society at large in order to integrate them back into the society," the official said.

The ministry, in collaboration with the National Drug Dependence Treatment Centre (NDDTC) under the AIIMS, is also conducting a national survey on the extent and pattern of substance abuse. A steering committee would be constituted under the chairmanship of the secretary, Social Justice Ministry, and with representatives from the Ministries of Health, Human Resource Development, Women and Child Development, Home Affairs, Skill development and Entrepreneurship, among others.

The committee will hold quarterly meetings to monitor effective implementation of the NAPDDR.

The ministry has also asked states and union territories to prepare action plan for ensuring facility of de-addiction centres in each district or as per prevalence of addiction and also establish separate and specialised de-addiction treatment centres.

"They have also been asked to ensure availability of treatment for drug dependents in prisons, juvenile homes and children homes and adopt approaches for education and prevention at all levels including schools and colleges," the official said. As a part of the plan, module for re-treatment, ongoing treatment and post-treatment of addicts of different categories and age groups will be developed and database on substance use will be maintained, he said.

It also includes identification of vulnerable areas based on survey, skill development, vocational training and livelihood support of ex-drug addicts through National Backward Classes Finance and other Development Corporations and continuous research on drug use pattern, he added.