Thousands take part in protests against Citizenship Bill in Guwahati 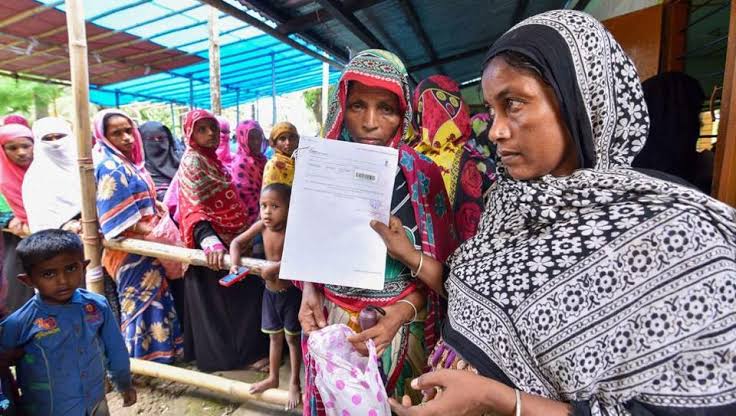 Guwahati: Thousands of people gathered at a playground in Assam capital on Wednesday to participate in a protest against the Citizenship (Amendment) Bill 2016 as the All Assam students' Union (AASU) resolved to organize a community and village-level meetings against the contentious Bill.

The mass demonstration programme titled 'Bajraninad' (voice of thunder) was supported by at least 30 organizations of the northeastern states, political parties and people from different walks of life.

"We have agreed to accept the burden of illegal immigrants who came till 1971 as part of the Assam Accord. When the accord was presented in Parliament, BJP leaders such as Atal Behari Vajpayee and L.K. Advani supported it. Now the government wants to grant citizenship to those who came after 1971. We are not going to accept that," said AASU adviser Dr Samujjal Bhattacharya.

He termed the BJP-led government at the Centre as well as in Assam as protector of illegal Bangladeshi infiltrators. He said the BJP spoke for the protection of indigenous people before the polls, but concentrated on illegal Bangladeshis after the victory in the polls.

"We are going to organize 'Raij Mel (community meeting)' and Gaon Sabha from tomorrow to make the people aware about the protectors of the illegal Bangladeshis. A mass movement will be raised across the state," said Bhattacharyya.

He said the Centre's decision to grant citizenship won't be accepted as it will jeopardize the identity of indigenous people.

"We have seen how Hindu Bangladeshis have changed the demography of Tripura. Out of the total 40 lakh population of the state, only 12 lakh are indigenous Tripuris. We won't allow this to happen in Assam," said Bhattacharyya.