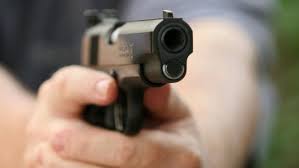 New Delhi: A Samajwadi Party leader was shot dead by unidentified men near his residence in Greater Noida's Dadri area on Friday.

The deceased identified as Ramtek Katariya was the head of the SP's Dadri assembly segment, the police said.

"Katariya was shot near his home in Dadri around 12:30 p.m. He was shot by at least four unidentified men who were in the car. The accused pumped five bullets into his body," a senior police officer said.

Katariya was later declared brought dead in a nearby hospital, the officer added.

Initial investigation by the police does not point to politically motivated rivarly leading to the murder. The police claimed that the murder was a result of a personal rivarly within the family of the deceased.

SSP Gautam Buddh Nagar Vaibhav Krishna said: "Initial findings indicate that the killing is a result of personal rivalry between Ramtek Katariya and one his brothers in the extended family. Prima facie, there appears no political conspiracy or rivalry in this case."