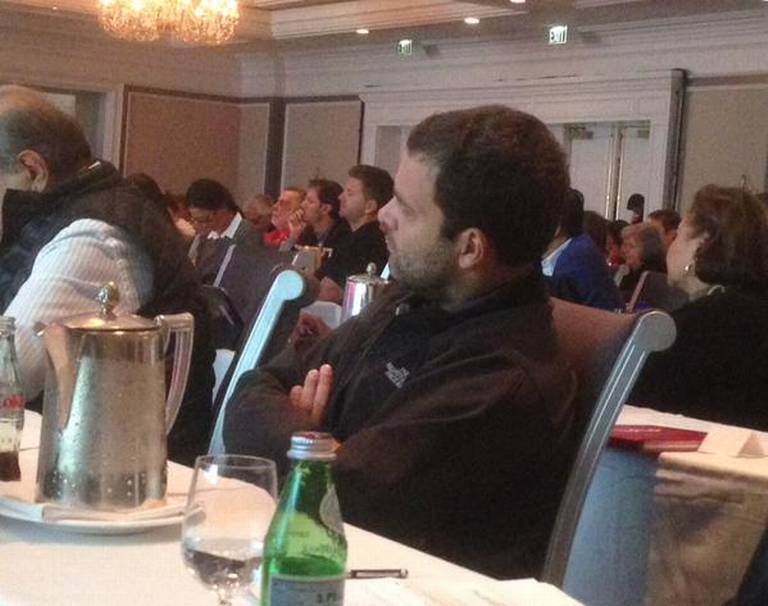 Chennai: Congress President Rahul Gandhi on Wednesday kick-started the party's Lok Sabha election campaign in Tamil Nadu promising to make the state a manufacturing hub that can compete with China and pledged to reserve jobs in central government for women and protect Tamil language and culture.

Addressing a public rally, he also said that DMK President M.K. Stalin would be the next Chief Minister of Tamil Nadu and the Congress-DMK alliance was an alliance of minds to protect Tamil culture from the BJP-RSS assault.

Stalin, who shared the dais with Gandhi along with leaders of other allies, reiterated that Gandhi would be the Prime Minister after the Lok Sabha polls.

In his speech, Gandhi criticized Prime Minister Narendra Modi over the Rafale aircraft deal, demonetization and goods and services tax (GST) and promised fishermen a separate Ministry when the party comes to power in New Delhi.

Gandhi said that at the back of mobile phones and even shirts one can see the 'Made in China' tag. When the United Progressive Alliance (UPA) returns to power, it will ensure that these products sport the 'Made in Tamil Nadu' tag.

He said the UPA government will focus on young entrepreneurs and will give huge amounts to youths as loans to start business. The Congress leader said Modi gave Rs 30,000 crore loan to diamond trader Nirav Modi, only to default.

Gandhi said the single biggest problem facing the country was acute unemployment as demonetization and the GST destroyed small and medium enterprises (SME) and informal sectors.

"We will reform the GST to make it simple and have single low tax rate."

The Congress leader said the UPA would introduce guaranteed minimum income scheme and decide the minimum income for all citizens. The government would help citizens with less than that income through direct cash transfer, he added.

To attract the women voters, Gandhi promised 33 per cent reservation in government jobs for them and promised the passage of Women's Reservation Bill giving 33 per cent seats in Parliament.

Slamming the central government, Gandhi said every state was being targeted by Modi to impose "one ideology" -- an oblique reference to Hindutva.

Attacking Modi on the Rafale deal, Gandhi citED a couplet of Tamil poet Thiruvalluvar to say that truth will prevail. "The truth will set you free. But it will not be so for Modi as the truth will put him in jail."