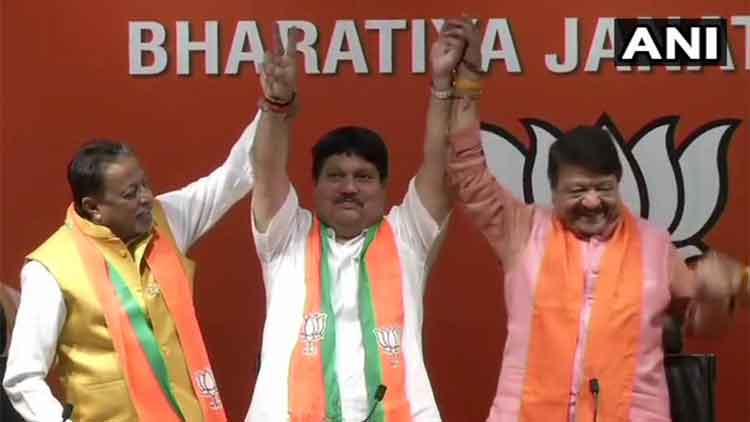 The legislator was miffed with the Trinamool leadership as he was denied Lok Sabha ticket from Barrackpore Lok Sabha constituency, presently represented by Dinesh Trivedi.

Singh reached here earlier in the day and met BJP leaders Kailash Vijayvargiya and Mukul Roy, in whose presence he later joined the saffron party at the BJP headquarters.

Singh is likely to be fielded from Barrackpore by the BJP.