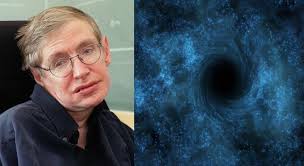 New Delhi: Three youths were arrested on Thursday for stabbing a Sub-Inspector of Delhi Police after a fight when he told them not to spray color on his car, a police officer said.

Police said information was received from Balaji hospital in west Delhi's Rajouri Garden that Amit Kumar, posted at the Nihal Vihar Police Station, was admitted in the emergency ward with stab wounds.

"During investigation, it was found that Amit Kumar, who was on off duty, was, along with his relatives were searching for food in Rajouri Garden area at around 11 a.m when the accused, later identified as Paras, Angrej Singh and Anand Singh, indulged in a fight with him when he asked them not to spray colour on his car's windshield," DCP Seju P Kuruvilla said.

Kumar, who was in plain clothes at the time of incident, was stabbed by the accused, who were allegedly drunk, and received multiple wounds in his abdomen, he added.

All the three accused were later arrested from their residences in Rajouri Garden area, Kuruvilla said.