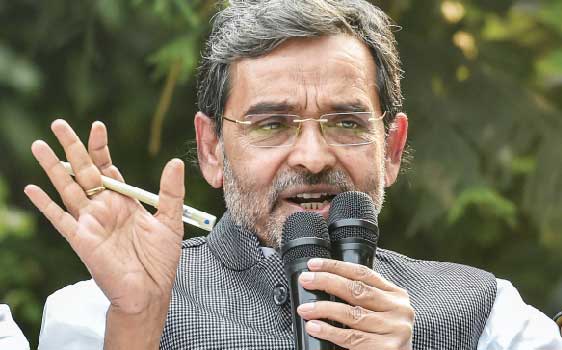 Patna: The Grand Alliance on Friday announced a seat sharing pact in Bihar under which the RJD will contest 20 of the 40 Lok Sabha seats and the Congress 9 while smaller parties will be in contention in the remaining constituencies.

The announcement was made at a press conference here.

According to the agreement, the RLSP will put up candidates in 5 seats, HAM and VIP in 3 each and the RJD will give one seat out of its quota to the Communist Party of India-Marxist Leninist (CPI-ML).