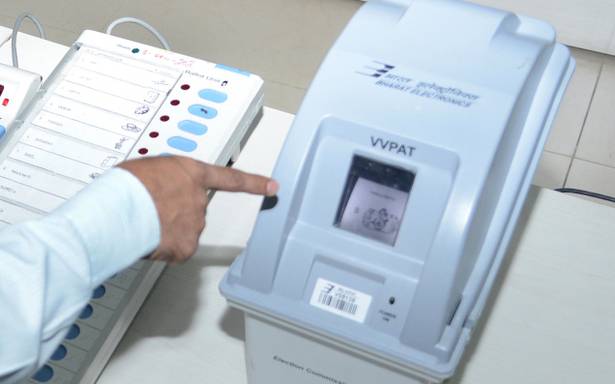 New Delhi: The Indian Statistical Institute (ISI) on Friday submitted its report to the Election Commission on how many or what percentage of VVPAT slips should be counted in each constituency.

Opposition parties had been demanding that at least 50 per cent of VVPAT (voter verifiable paper audit trail) slips should be counted and matched with the total vote count by electronic voting machines (EVMs).

In view of such demands, the Commission had engaged the ISI to arrive at a "mathematically sound, statistically robust and practically cogent solution" by scientifically analysing the issue of VVPAT slip verification with electronic count of the EVMs, an official statement said.

The report submitted by the Expert Committee would now be examined by the poll panel and necessary action initiated, it said.

Each EVM has a VVPAT machine attached to it. Every time a person votes, the machine churns out a paper slip with the name of the candidate and the party voted for. The slip remains visible for seven seconds before it falls into a collection box.

These slips could be counted later if a candidate has doubts over the EVM result.