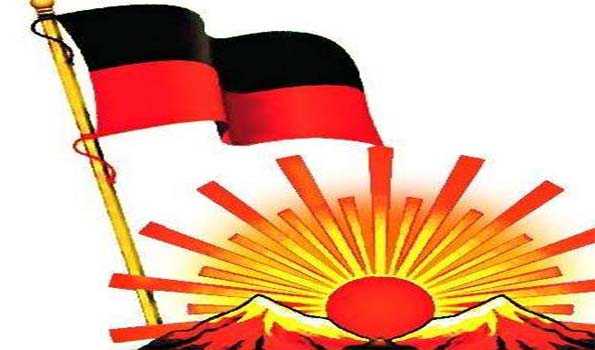 Chennai: The DMK on Monday concluded electoral pacts with three more Tamil Nadu parties - the Communist Party of India (CPI), the VCK and the IJK - for the upcoming Lok Sabha elections.

As per the agreement inked between the DMK and three parties, the CPI and the VCK get two seats each while the IJI gets one.

Speaking to the media, VCK leader Thirumavalavan said the two constituencies will be decided later and expressed confidence that the DMK-led alliance will win all the 40 Lok Sabha seats - 39 in Tamil Nadu and the lone Puducherry seat.

He said the party would decide on whether to contest under its own symbol or under the DMK's rising sun symbol.

The CPI's Tamil Nadu State Secretary R. Mutharasan said after the smooth first round talks earlier, the agreement was reached in the second round.

He said the party will contest under its own symbol.

Mutharasan said the CPI will extend support to the DMK in the bypolls that would be held for the 21 Assembly constituencies lying vacant.

Till now, the DMK has signed electoral alliance pacts with six parties, alloting them 16 seats in the state and neighbouring Puducherry. While the Congress has got nine seats in Tamil Nadu and the lone Puducherry seat, the CPI and the VCK have been given two seats each, and the IUML, the KDMK and the IJK one seat each.

The DMK is also holding talks with Vaiko's MDMK and the Communist Party of India-Marxist and a decision is expected on Tuesday.

Meanwhile, suspense continues about which way the DMDK will go.

The party, founded by actor A. Vijayakanth, has called a meeting of its senior party officials on Tuesday probably to decide on whom to align with, as the party has held talks both with DMK and the ruling AIADMK.