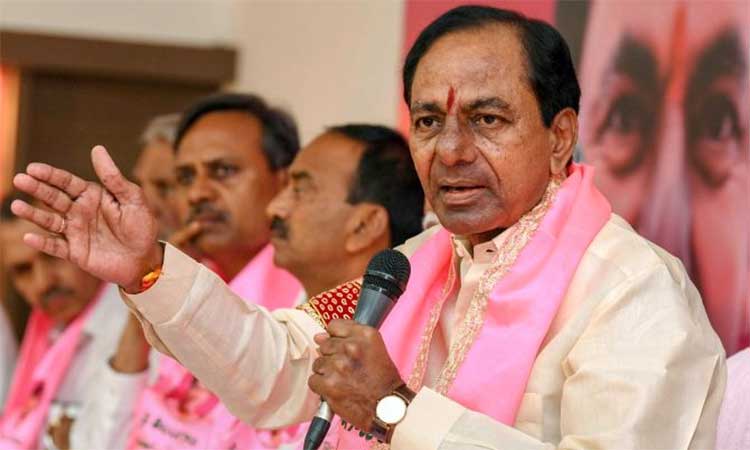 Hyderabad: The Telangana Rashtra Samithi (TRS) on Wednesday kicked-off its campaign for Lok Sabha elections with its Working President K.T. Rama Rao predicting that the Federal Front led by TRS President and Chief Minister K. Chandrashekhar Rao will decide the next Prime Minister and the agenda of the next government.

Rama Rao exuded confidence that with over 100 Lok Sabha seats, the Federal Front would play a key role in the formation of the next government at the Centre.

Rama Rao, the son of Chandrashekhar Rao, called upon people to elect all candidates of the TRS so that it can play its role at the Centre and protect the state's interests.

Addressing a public meeting at Karimnagar, he urged people to ensure the victory of TRS candidates in 16 constituencies.

Telangana has 17 Lok Sabha seats. The Hyderabad seat has been left for its ally, Majlis-e-Ittehadul Muslimeen (MIM).

Rama Rao said as the BJP and Prime Minister Narendra Modi's graph was falling, the NDA was not expected to get more than 150-160 seats while the Congress-led UPA may finish with 110-120 seats.

"Even if they join together they can't form the government and in such a situation the Federal Front will play a decisive role," he said.

Rama Rao said that if the Federal Front played a key role in the formation of the next government at the Centre, Telangana's schemes could be replicated across the country.

Stating that the BJP and Congress had failed to address real issues of people, he said the country required an alternative.

Alleging that Telangana did not get any support from Modi government during last five years, he said the state could get its due share when TRS wins 16 Lok Sabha seats.