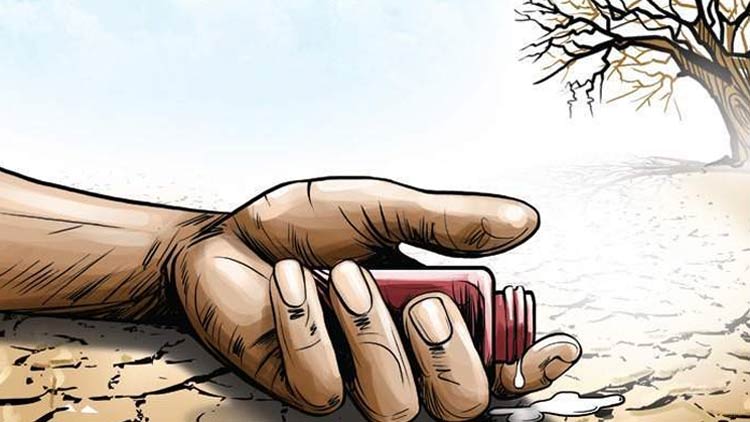 March: Farmers suicides in Maharashtra have virtually doubled during 2015-2018, under the tenure of Chief Minister Devendra Fadnavis, compared to the period 2011-2014, a RTI reply has revealed.

According to the data received by RTI activist Jeetendra Ghadge, compared to 6,268 cases of farmers suicides recorded between 2011-2014 during the Congress-Nationalist Congress Party rule, under the present Bharatiya Janata Party-Shiv Sena regime it has almost doubled to 11,995 between 2015-2018.

The highest number of cases have been notched in the Amravati Division of the suicide-prone districts in Vidarbha region of eastern Maharashtra.

Despite the high number of suicides, the RTI replies submitted by the Revenue Department have revealed that even the compensation of Rs 100,000 is also denied to the farmers' families.

Again, the high suicide areas in Amravati Division have recorded the highest number of rejections of compensation cases, and in 2016 and 2018, there were more rejections than approvals.

In March 2015, the then Revenue Minister Eknath Khadse had announced in the legislature that the compensation in such cases would be increased from Rs 100,000 to Rs 500,000, plus a life insurance policy covering all farmers.

"With reference to increasing the compensation amount, the decision is still pending. For life insurance, the government has launched the 'Gopinath Munde Accident Insurance Scheme' in December 2018. Strangely, however, the government circular covers only 'accidents' and there is no mention of 'suicide' in it," Ghadge told IANS.

He said the situation of farmers in the past few years has only worsened with initiatives like loan waivers or crop insurance failing to have the desired effect.

Moreover, on the question of rehabilitation of the families of those farmers who commit suicide, the government keeps rejecting compensation proposals even for a mere Rs 100,000, as the agrarian crises maintains its vice-like grip on the farmlands in the state.

"It is indeed shocking that the 'Gopinath Munde Accident Insurance Scheme' that covers all farmers does not cover 'suicides'. The government seems to be making only announcements without any follow-up action," Ghadge said.