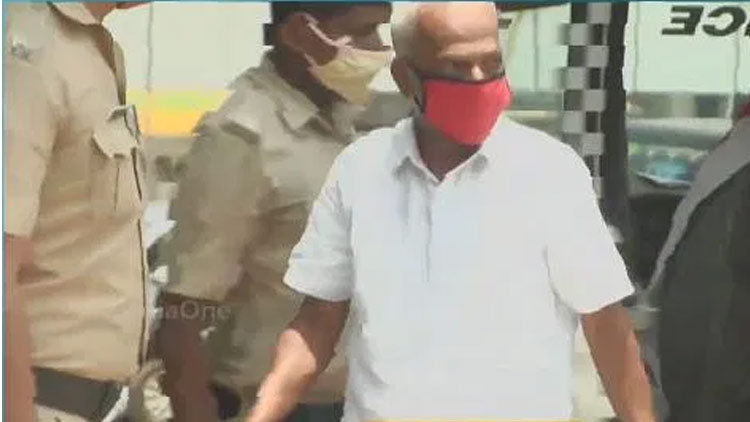 Kolkata: BJP candidate for Diamond Harbour Lok Sabha constituency, Nilanjan Roy has been booked under the POCSO Act for allegedly sexually molesting one minor girl inside a house at Falta in West Bengal, police said Friday.

The West Bengal Commission for Protection of Child Rights (WBCPCR) sources said the body received a complaint from the alleged victim against the inactiveness of the state police in arresting the accused.

It asked the state chief electoral officer Friday to take necessary action against Roy within 24 hours and the police to arrest him under the POCSO Act.

The alleged incident took place on April 26 when the girl had reportedly gone to meet the BJP candidate at a house in Falta in South 24 Parganas district to complain to him about the misbehaviour of some of his party workers, a member of her family said.

"The next day a complaint was lodged at the Falta police station. Medical examination of the girl has been completed and her statement recorded but the police are yet to arrest the BJP candidate who has been booked under POCSO Act," West Bengal Commission for Protection of Child Rights (WBCPCR) chairperson Ananya Chatterjee Chakraborti told PTI.

She said the WBCPCR has taken cognizance of the complaint as the modesty of a minor girl of 17 years was allegedly outraged.

Chakraborti along with other members of the WBCPCR visited the victim at her home Friday.

The Election Commission is yet to take a decision in connection with the case.

"We have received a communication from the WBCPCR and are looking into it. We have sought the police report in the case and will take necessary step as per law," an official at the CEO office said.

Roy, when contacted rubbished the allegations and described it as a "conspiracy" hatched by the Trinamool Congress candidate from the seat- Abhishek Banerjee.

"It's (the complaint) absolutely a fabricatred one.

There is political conspiracy behind this by Abhishek Banerjee, the nephew of Mamata Banerjee. There is no truth in it," he asserted.